When you look at your wardrobe, you may decide you need new clothes, then you go out any buy them with money. Makes sense. For some reason, doing the same thing in a video game makes a little less sense. Everybody knows it, but still there is an audience that kind of stuff anyway. It doesn’t hurt any less though when a developer charges for minor changes in cosmetic style. Sometime in August, Resident Evil Resistance is getting some costumes (DLC is too strong a word). Though they are kind of cool, they will not affect the game in any real way. You’ll still have to pay for it if you want it though. 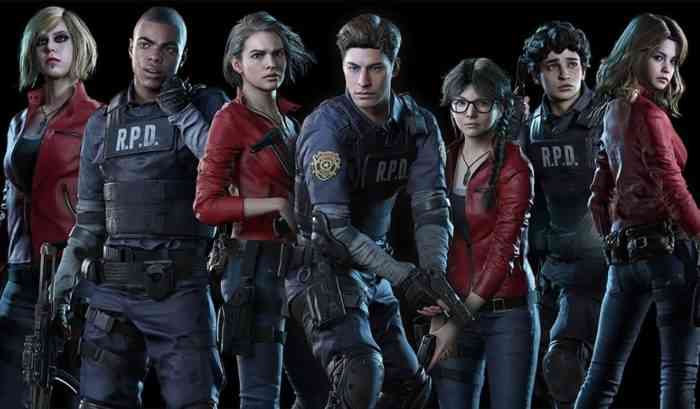 Resident Evil 2 Remake was such a huge hit and Resident Evil 3 was a great follow-up, but it was a little lacking, especially since there are not really any plans for more content. The paid content coming to Resident Evil Resistance next month is meant to trick you into thinking it is more like RE2 Remake. Player will be able to buy Claire and Leon’s outfits for the survivors in Resistance. They boys will get Leon’s Raccoon City Police Department uniform and the girls will get Claire’s outfit with the sweet red jacket. That’s really it. It is unclear how much you will have to shell out for those threads though.

Add some style to the Survivors with Leon and Claire paid costume DLC, coming to Resident Evil Resistance in August! Plus, All In-game Rewards Unlock DLC is on the way for Resident Evil 3! pic.twitter.com/UjbugljpIs

If you don’t want to touch Resistance with a 10-foot pole, there are other ways to waste your money in Resident Evil 3. At a later point, players will have the option to buy an in-game unlock for all the bonus content for the main game, similar to what was available for Resident Evil 2 Remake. Resident Evil 3 is available now for PC, Xbox One, and PS4.

Do you think this is a waste of money or are you crazy? Let us know in the comments below.

Play as Alcina Dimitrescu in Resident Evil 3 With This Mod
Next
Ubisoft Removes Early Access to Watch Dogs: Legion
Previous
Stardew Valley Is Getting a Physical Release On Switch