How Are These Not Choose-Your-Own-Adventure?!

Square Enix and Dontnod’s hit series Life Is Strange is not just a video game. It has also inspired a graphic novel series. Spoiler alert for a five year old game, the final choice in the original episodic game lets the player choose between saving Chloe and letting Arcadia Bay be destroyed or letting Chloe die and saving Arcadia Bay. This graphic novel series takes place after the events of the game, assuming that Max saves Chloe by sacrificing Arcadia Bay. The Life Is Strange graphic novel box set is available for pre-order before it gets released in September. 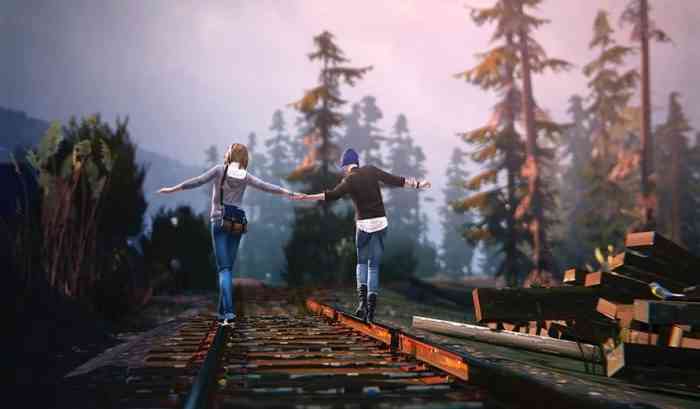 The box set is broken up into three volumes; Dust, Waves, and Strings. Max, who had discovered her powers to rewind time, has lost her powers. Instead, she is plagued with visions of alternate timelines. She begins to see events and effects of choices that she did not make, leading her to question if she had made the right decisions or not. Max is also able to enter the alternate timelines she sees, where she finds that she has lost the things most precious to her. She also meets a mysterious boy named Tristan, who has his own special set of gifts like Max once had.

This graphic novel series does not end with Strings. Following the third volume is a fourth called Partners In Time, but the box set only includes the first three volumes. Dust, Waves, and Strings had been released between November 2018 and early 2020. The series is written by Emma Viecieli and produced by Titan Comics.

Would you be interesting in reading these graphic novels? Let us know in the comments below.