Take Those Crab Battles On The Go

Fight Crab is coming to Steam on July 30th. As if that wasn’t cool enough, the crustacean battler is also coming to the Nintendo Switch on September 15th. Soon enough players will be able to pit these ruthless warriors against one another on the go! So much easier than your old crab fighting ring in the backyard! 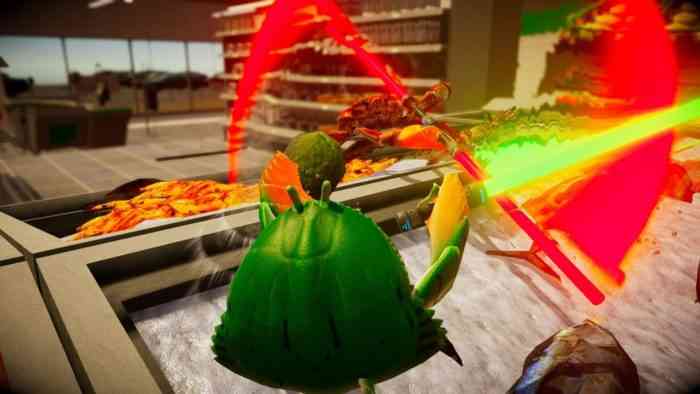 If you’re unfamiliar with Crab Fight, it’s crabs and other crustaceans battling with a variety of deadly weapons in 3D arenas. Katanas, fans, lightsabers, chains, rockets, and tanks are all on the table when it comes to crab fighting. You gotta be ready for anything, you see. The victor is whoever flips their opponent onto their shell first. Beyond that, there don’t seem to be many rules.

The final game will feature 23 varieties of playable crabs, 48 different weapons, and a host of different special skills. You can recruit other crabs, customize your crab, and build the greatest crab fighter to ever live. The trailer, embedded below, is entirely crab fighting. No time for backstory, you fools! There’s crabs to fight! If you absolutely must play this on Switch, know that the motion controls take full advantage of the crab’s inherent fighting powers. For those of us who cannot wait even one second more, the PC version is on Steam in less than a week.

Fortnite Confirms Dragon Ball Collaboration for Next Week
Next
“Aggretsuko: Short Timer Strikes Back” – the Perfect Mobile Game for Hello Kitty Fans who Have Grown-Up
Previous
Halo Infinite Will Include Grappling Hook in PvP and 4-Player Split Screen Coop