The Phantasmagorical Action RPG Roguelite Will Be Available From August 14th

Dreams are a funny thing, and they can be influenced by all sorts of things in our day to day life. I myself had recurring nightmares about the movie Signs which left me with a lifelong and patently absurd phobia of alien abductions that persists to this day, but few games have really explored dreams in that much depth. Sure, the occasional exception stands out, but given the amount there is to explore when it comes to dreams, it’s a shame that more games haven’t taken advantage of them. 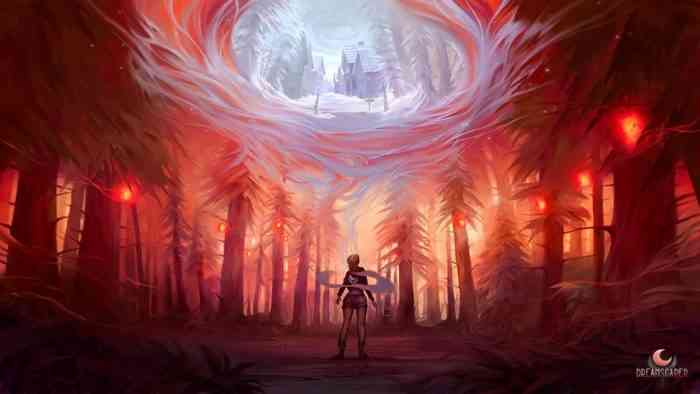 Dreamscaper tells the story of Cassidy- a woman plagued by nightmares. Every night she goes to sleep and has to face new challenges and overcome new nightmarish foes, using a variety of weapons (such as yo-yo’s and finger guns) and even using the fabric of her dreams themselves as weapons, rending the earth beneath her foes feet or manipulating time itself to give her an advantage.

Dreamscaper also has a social sim built into it, not unlike in the Persona series. During the time when she’s awake, Cassidy can make new friends and piece together the mysterious events that come to life in her nightmares, unlocking new powers and tools as she does so.

Unfortunately we’ll need to wait quite a while for the actual release, between six months and a year, but it’s all for a good reason. As the developers said:

“We believe that getting Dreamscaper into the hands of players to collaborate with them on improving the game is the only way to go.

So far, we’ve had five iterative releases of Dreamscaper over the past two years, going from Pre-Alpha to Early Access. With the help of an incredible community of players, we’ve received amazing feedback that has made Dreamscaper the game it is today.”

In short, Afterburner studios are taking everything the players are saying into account to make sure that when the game does get an official release, it’s in the best state possible.

What do you think of the news? Get in touch with us on Twitter, Facebook, or in the comments to let us know.

Forspoken Video Review – Get Back to Where You Once Belonged
Next
Atelier Ryza 2: Lost Legends & The Secret Fairy Officially Announced
Previous
EA’s NHL 21 Will Release Later Than Usual