Get Ready for Space Dogfights in A Galaxy Far, Far Away in VR

At the EA Play Live event today, Electronic Arts unveiled more gameplay details for the upcoming Star Wars: Squadrons, in which players will get to experience the epic space battles of a galaxy far, far away from inside the cockpit of either an Empire or New Republic star fighter, in first-person perspective.

The game will be available for PC, PS4, and Xbox One on October 2, with full VR support. According to IGN, it will also come to next-gen consoles (PS5 and Xbox Series X) at an unspecified future date.

As revealed in the trailer, the game will feature both a single-player campaign and a multiplayer mode.

The former will take the player through the story from both an Imperial pilot’s and a Rebel pilot’s point of view. Game time is primarily spent in cockpit view, where various ship controls (such as combat display and power management) are displayed and handled as in a flight simulator.

8 types of ships, from fighters (the iconic X-wing) to bombers (Tie Bombers and Y-Wings), will be available for selection, with 50 customizable components. The pilot characters themselves will also be highly customizable. 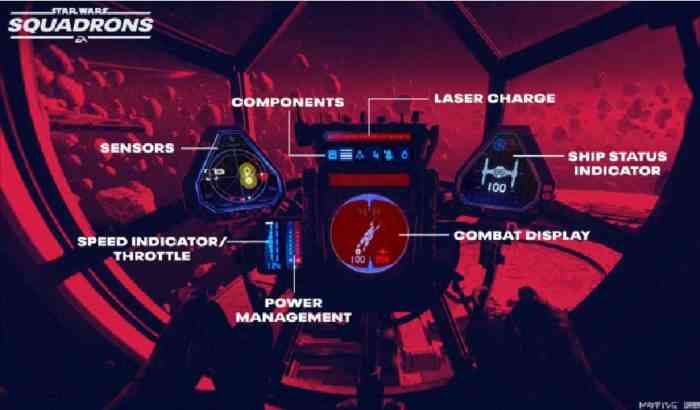 Multiplayer mode, however, is the true highlight of the game. Multiplayer is further split into Dogfight and Fleet Battle modes; in either, players form 5-player squads against those of the opposing faction.

Dogfights are fairly straightforward in concept, though players will be able to utilize tractor beams, mines, and other types of environmental control elements to spice up gameplay. Fleet battles are large-scale conflicts consisting of three stages: first a dogfight in the center of the map; then, an attack phase on two of the opponent’s medium size capital ships; and finally, the endgame: destroying the opponent’s flagship.