These Chefs are Ignoring Social Distancing

How dare you. A few months ago, Team17 announced Overcooked 2: Gourmet Edition. Though it comes with all the major DLC released thus far, you don’t release a bundle or collection before all your content comes out. That’s like serving dessert before all the main courses have been enjoyed! As little sense as it makes, there are worse problems to have than more content for a fabulous game. Yesterday, Team17 and Ghost Town Games announced more Overcooked 2 DLC called Sun’s Out Buns Out. 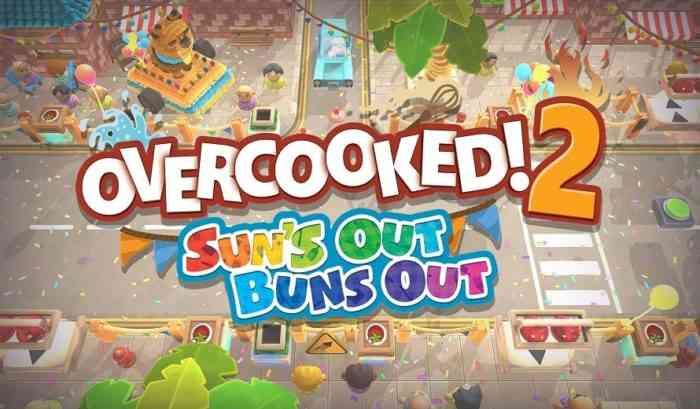 Though it sounds like a NSFW patch, Sun’s Out Buns Out is a Summer/4th of July themed DLC. The trailer shows off a couple of new chefs, some new kitchens, new dishes, fireworks, and a lot of fire hazards. We see more Overcooked gameplay taking place alongside popular Summer activities like on a parade float and a swimming pool raft. Some new recipes include popular Summer foods like hotdogs and corn on the cob. This release also seems to inadvertently bring to light the dangers of fireworks. Some stages have pressure-plate-activated fireworks which may or may not set your kitchen on fire.

Team17 is also working on an entirely different cooking simulator called Epic Chef. We do not know when Epic Chef will debut, but Sun’s Out Buns Out should help keep you occupied until then. Overcooked 2’s Sun’s Out Buns Out will launch on July 5th on Steam and later on consoles. Overcooked 2 is out now on PC, Xbox One, PS4, and Nintendo Switch. There is also currently a sale on Steam for the Overcooked series and all its content.

Will you be playing Sun’s Out Buns Out? Let us know in the comments below.