Yesterday, Crystal Dynamics streamed their display of the War Table in Marvel’s Avengers. War Zones is the feature through which co-op mode is played. This stream also showed off a couple of new trailers and it makes my spider-sense tingle, in a really good way. One of the trailers focused on the War Table and the other officially revealed the main villain, MODOK (called it!). The trailer titled The MODOK Threat also elaborates on the story of Marvel’s Avengers and what kind of journey the player will be taken on. 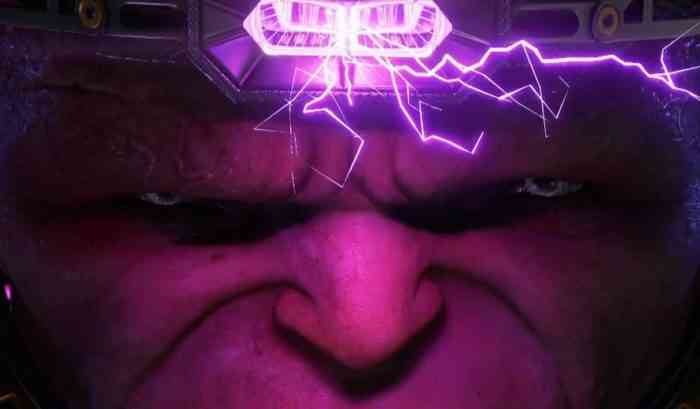 In the Co-op War Zones trailer, we not only see the Avengers in action; working together, but fans will recognize some iconic characters that will be making an appearance. We all know about SHIELD’s presence in the world of Marvel’s Avengers, but we finally get to see Nick Fury on screen. Though there are two distinct versions of Fury in the comics, this one kind of blends the two. He is a Black man like we see in many of the comics and in the MCU, but he also has a similar haircut and the uniform of his earlier, white counterpart. We also see Iron Man in his Hulkbuster armour.

The MODOK Threat shows us a few more story details. In a similar way to The Incredibles, the story of Marvel’s Avengers is one where the villain is trying to rid the world of superpowers. We see MODOK, who appears to be transforming throughout the game, capturing Inhumans like Kamala and torturing them. Very briefly, we also see Hulk taking on Abomination, who you may remember from 2008’s The Incredible Hulk played by Tim Roth. Check out both trailers above. Marvel’s Avengers is set to come out on September 15th for PC, PS4, Xbox One, and Stadia.

Who else is super excited for this game? Let us know in the comments below.