Now that Overcooked 2 Gourmet Edition has come out, cooking sim players may be hungry for more. Luckily, Team17 has got more leftover. However, it is not Overcooked 3, not for a while anyway. Introducing the developer’s new cooking game Epic Chef. It is quite a departure from Overcooked’s arcade-style, time-management MO. Instead, it appears that it will take more of a narrative lead. It may be just me, but the trailer bears a strong resemblance to The Legend of Zelda: Wind Waker AKA the best Zelda game ever. That’s my brave opinion of the day. 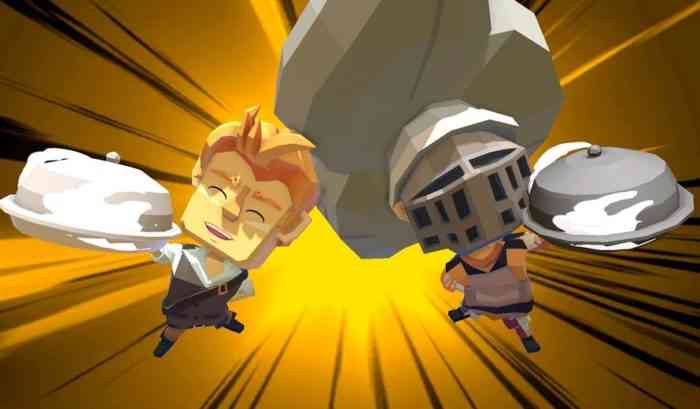 The announcement trailer for Epic Chef begins with our hero Zest. He makes a less-than-graceful arrival to a new land where he begins his journey as a culinary master. While this may not be Team17’s flagship cooking game, it appears to make a lot of bold choices to make itself different from Overcooked. There appear to be cook-offs against other chefs where they both submit a dish to a judge, like Iron Chef. There is also a farming and resource gathering aspect to the game, which will no doubt play into different kinds of meals that can be made.

Another really big difference from Overcooked is the world that can be explored in Epic Chef. Again, looking like Wind Waker there are a bunch of different NPCs that can be interacted with and a whole island (maybe islands) to run around in. There is currently no release date, you can add it to your Wishlist on Steam. Epic Chef will be coming out on PC, and maybe other platforms will be announced.

How does Epic Chef look to you? Let us know in the comments below.

Coromon Coming to Nintendo Switch Later This Month
Next
The Witcher Franchise Has Managed to Sell More Than 50 Million Copies
Previous
Total War Saga: Troy Will Not Be as Historically Faithful as Previous Games