Aim For the Heel and Hope For the Best 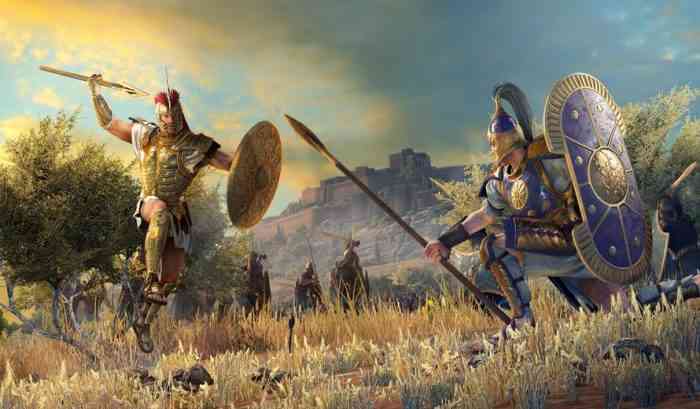 Just like any event that occurred in the Bronze Age, it is hard to know for certain what exactly happened or how the real events actually transpired. While there is no doubt the that Trojan Wars were a myth themselves, there is clearly a lot of things that happen in the Iliad that were examples of mythology rather than fact. This is the problem that Creative Assembly has had to tackle while making this game. What do they leave in? What do they leave out?

To get around this particular issue the developers have added in some of the mythical elements of the story by giving them a much more believable touch. For instance, rather than Minotaurs being a unit in the game, they have been replaced with warriors who fashion bull’s heads for helmets.  One of the workers on the development team had this to say about their decision. “Instead of forfeiting an attempt to expand the series into this exciting age. We decided to draw from that source—very carefully and concisely, by separating the impossible from the still less probable but feasible, until we could filter out a core that could be at the heart of a great new Total War game.”

Do you think that this was the right call? Let us know in the comments as well as on Facebook and Instagram.