A new Crash game, Crash Bandicoot 4: It’s About Time, got leaked on Friday by Taiwan’s game ratings board and now another major leak has seemingly revealed the game’s release date: October 9th.

The release date can be viewed in the image below and a ResetEra thread contains several leaked screenshots, which could be from a reveal trailer that Sypro Reignited Trilogy developer Toys for Bob has hinted will be shown on Monday. It should be mentioned that the studio had developed the Nintendo Switch port of the Crash Bandicoot remake trilogy so this rumored release wouldn’t be its first time making a Crash game. 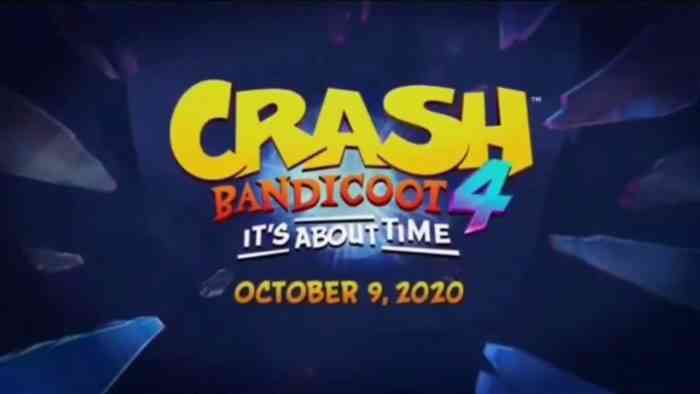 As for Crash 4’s story, Gematsu reported on Friday the story premise that was leaked by Taiwan’s game ratings board:

“Crash is relaxing and exploring his island in his time, 1998, when he finds a mysterious mask hidden away in a cave, Lani-Loli. The mask is one of the Quantum Masks and apparently knows Aku-Aku, Crash’s mask friend! With the Quantum Masks returning and a Quantum Rift appearing near our heroes, they decide to bravely head through to different times and dimensions to stop whoever is responsible.”