The champion of zombie entertainment The Walking Dead pioneered narrative, decision-based gameplay in mainstream games through the Telltale series. Earlier this year, it also broke into the VR scene and established itself in an overcrowded zombie VR genre with The Walking Dead: Saints and Sinners for Oculus Rift, SteamVR, and HTC Vive. Now PSVR owners will be able to immerse themselves in the bloody, grimy world of The Walking Dead. A couple of days ago, a release trailer was released containing footage captured on PSVR and the many praises from various reviews. 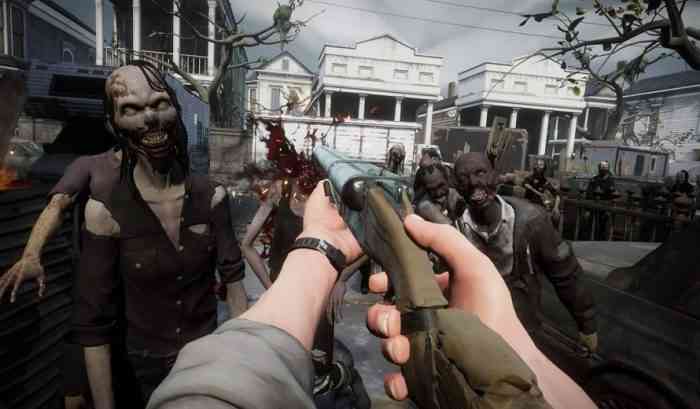 You can buy the standard edition of The Walking Dead: Saints and Sinners on the PlayStation Store for $39.99. If you want some bonus in-game items, you can also get the Tourist Edition for $49.99, which comes with the weapons The Judge, The Sheriff, and The National Guard, as well as as set of collectible voodoo dolls. One of the comments on the trailer asked for a physical edition of the game on PSVR, to which Skydance Interactive said, “We’re looking into it.” So, we may also see the Tower Edition, which is a physical collector’s edition of the game.

Which platform would you be most likely to get this on? Let us know in the comments below.