Skip the Spinning Rims, We’re on the Clock

Camoflaj’s Iron Man VR has taken some development hits along the way, but it is finally on the horizon. A few days ago, we got news that the game will be coming out in early July. Not only that, but anyone who has a PSVR set up can download the free Iron Man VR demo today. If you do not have the necessary set up, but you want to play it, PlayStation is also offering an Iron Man VR Bundle to get you started. You just need a PS4. 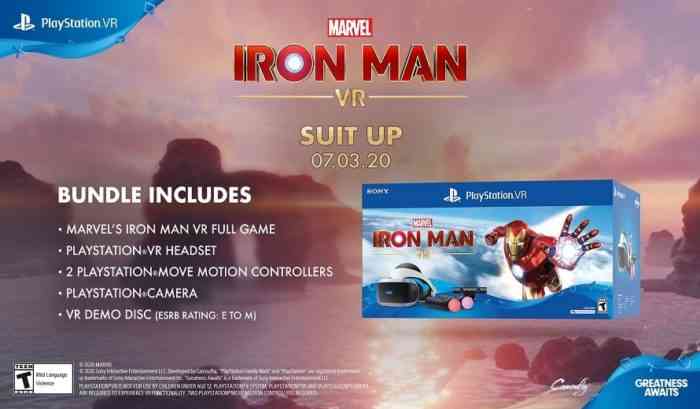 The demo includes a few different things to do. It includes the Malibu Tutorial Mission; where you can fly around the beaches of Stark’s mansion, the Interactive Stark Jet cinematic with Tony Stark, Pepper Potts, and Friday; as well as the Out of the Blue gameplay mission. It also has a Flight Challenge optional mission and an Advanced Combat Challenge optional mission. To play this demo, you will need a PS4, PSVR headset, PlayStation camera, and two PlayStation Move controllers.

Will you try out the demo? Let us know in the comments below.