IGN Will Be Bringing the Games to Summer Game Fest

Since the cancellation of E3 2020, many organizations are working on their own digital showcases and IGN is no different. IGN will be going live with their announcements from June 5th until June 24th and they’ve given us an idea of what games to expect from their contribution to Summer Game Fest. Gamers can expect to see Mafia: Definitive Edition, Wasteland 3 Gameplay, Werewolf: The Apocalypse and several other games shown off by the team at IGN. Yakuza: Like A Dragon will receive lots of news during the IGN digital showcase ahead of its release on Xbox One, Xbox Series X, PS4, PS5 and PC, with Smart Delivery available on Xbox consoles. 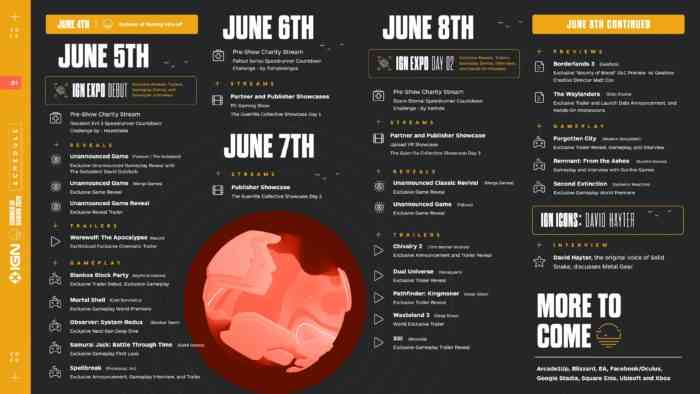 The following is some of IGN’s Summer Game Fest lineup:

June 9th trailers include 13 Sentinels: Aegis Rim, Everspace 2, Guilty Gear Strive, Humble Bundle Indies Showcase and Stronghold: Warlords. The gameplay being revealed on June 9th includes Everspace 2, Iron Oath, New World, Skater XL, Solasta Crown of the Magister, Total War: Troy and Yakuza: Like A Dragon, some of which will include developer interviews. Blue Fire and Humankind will be getting detailed previews on June 9th.

Will you be watching IGN’s Summer Game Fest showcase? Let us know in the comments below!