All Chill. No Suck.

Last week, Epic Games dropped a trailer for Fortnite’s Party Royale experiment. The event ran from Friday, May 8th to earlier today. It featured digital performances by the DJs deadmau5, Dillon Francis, and Steve Aoki, as well as different activities for players to participate in like skydiving and obstacle courses, both on land and sea. As interesting as the event was, something appeared in the trailer that suggested a possible crossover event. Many fans have spotted Kirby in the trailer for Party Royale. He is seen a few times over the course of the video and some are suspecting an upcoming Fortnite x Kirby event. 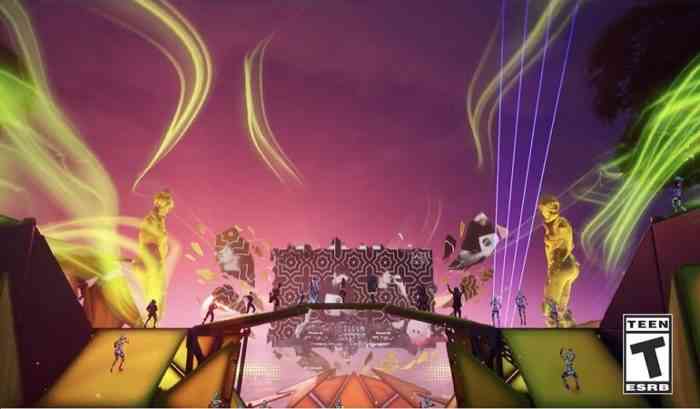 Crossovers in Fortnite are nothing new. Epic Games has partnered with a ton of different franchises before, but not yet with Nintendo. Something else that would make this different is that prior crossover events were teased on a Fortnite social media account like Twitter, in a very deliberate way. A few frames in a trailer does not exactly broadcast a plan like that. An exception to this would be with Deadpool’s inclusion in Season 2 Chapter 2’s trailer, but that is more in the vein of what Deadpool is all about.

In Fortnite’s “Welcome to Party Royale” trailer, Kirby is visible during a live show, which was censored in the Sony trailer. This isn’t the first time Kirby and Fortnite appeared together — a 2019 My Nintendo wallpaper for Kirby’s Extra Epic Yarn erroneously had a Fortnite logo. pic.twitter.com/qYQY4dqdDz

Last year, a mobile wallpaper for Kirby’s Extra Epic Yarn was made available, but for some reason had a Fortnite logo hidden away in the corner of the image. Some fans think that Kirby’s appearance in the trailer is a nod to accidentally leaving the Fortnite logo in the image. Something else worth noting is that in the same trailer on the PlayStation and Xbox YouTube channels shows Kirby blurred, as if to censor him. All these things leave us scratching our heads. Should we expect a Kirby/Fortnite crossover or not? Fortnite is available on PC, PS4, Xbox One, Nintendo Switch, and mobile platforms.

Do you think we will see Kirby in Fortnite anytime soon? Let us know in the comments below.