A while ago, there were rumors that Catherine: Full Body might be looking at a Switch port soon. Apparently, they were true.

Catherine: Full Body on the Nintendo Switch is set for a July 7 release, but the game is available for pre-purchase now on the Nintendo eShop. The Switch release will include all add-on content from the original Full Body (which was a 2019 re-release of the original Catherine), as well as three new voice options that fans of the Persona 3 and 4 series will recognize. 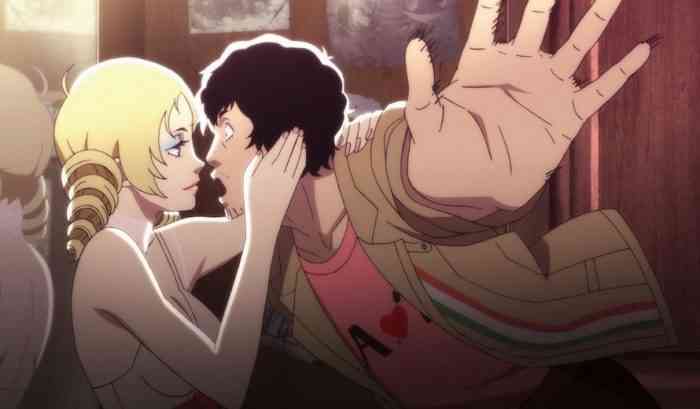 Players that prefer a physical copy can pre-order the game from Amazon in most countries or from EB Games in Canada. As an extra perk, pre-ordered physical copies come with a Sheep keychain while supplies last.

The standard edition will retail for $49.99.

Atlus West released the new Fall Into Temptation Trailer today along, with the pre-purchase announcement:

The story of this cult classic action-adventure puzzle game revolves around the commitment-phobic protagonist Vincent, who begins to have recurring nightmares after he cheats with a mysterious girl (whose name is, unsurprisingly, Catherine) on his long-term girlfriend (Katherine).

Those who haven’t played Catherine but enjoyed Persona 5 might find both the gameplay and the visual style familiar. Like how game time Persona 5 is split between socializing in the in-game Tokyo and dungeon-crawling in antagonists’ Palaces, in Catherine, players hang out as Vincent in the Stray Sheep bar during the day, and use their platforming and puzzle-solving skills to help Vincent escape a crumbling tower of puzzle blocks by night.

(By the way, Joker is available as an add-on guest character in Full Body.)

So, how does that sound? Are you tempted enough to grab Catherine: Full Body for your Switch?