The Possibilities Are Finite

It seems like forever since we first saw that announcement teaser of Halo Infinite back in 2018. Well, we are in the final stretch of waiting, as it is set to come out during this holiday season. A lot of the news we have about the game has to do with the actual development process and things like multiplayer. There is not all that much we know about the content, other than it will supposedly tie things up in the Reclaimer arc. However, some toys in promotion of Halo Infinite may shed some light on what we may see in the game. 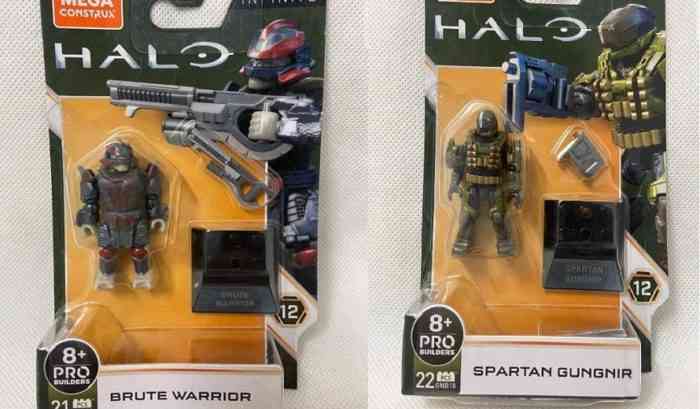 Toys are pretty common sources of leaks, especially for costumes and character in superhero movies. What we have seen in trailers for Halo Infinite usually just involve Master Chief, who does not have a very diversified image; green armour and orange visor. However, his is not the only armour for SPARTANs in the Halo universe. One of the toys reveals the Gungnir armour, which has been seen as unlockable armour in previous games. Another toy shows the return of the Brutes. It appears this Brute is wearing armour of the Banished faction of the Covenant.

These images were tweeted out, but almost immediately deleted, suggesting that they were premature or unauthorized. However, ResetEra salvaged the images. Both toys also appear to be brandishing new weapons. The Brute appears to have a bladed-rifle of some sort, similar to the Brute Shot which first appeared in Halo 2. The SPARTAN Gungnir’s weapon looks like a one-handed gun with a rotating cylinder. Either that or a nail gun. The toys, along with many other Halo toys, are made by Mega Construx. Halo Infinite is expected to launch on the Xbox One and Xbox Series X in 2020.

Do you think we will see these character designs in Halo Infinite? Let us know in the comments below.