The third season of Call of Duty: Modern Warfare is going live tomorrow. Rumors had started to surface about what was going to be added as far back as mid-March. Now we know what to expect. A new trailer has just dropped and it gives a great idea of what to come. New guns, new maps, new vehicle skins, and four-man Warzone squads are all on their way. 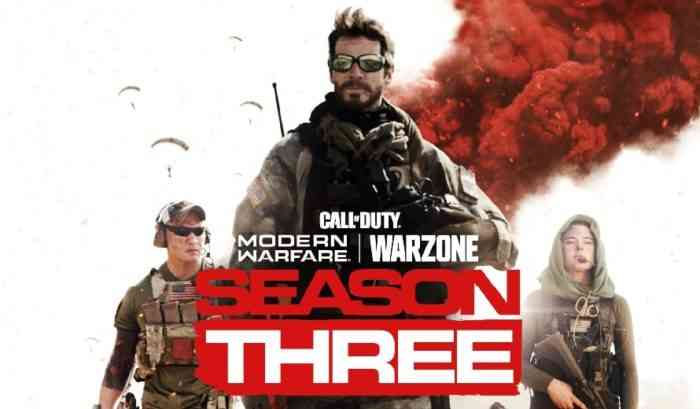 First and foremost, the long-awaited four-man squads are finally here for Warzone. No longer will you have to pick between friends when forming the championship group. There is nothing that confirms whether or not larger squad sizes are going to increase the overall player count to 200 rather than 150. Either way, the larger squads are going to make for some very interesting gameplay. Warzone is already fast-paced enough. It is only going to get crazier with an additional teammate.

Two new maps are going to be added to the vanilla multiplayer too. The first is a newcomer to the series called Aniyah Incursion, while the other is going to be the reintroduction of the Call of Duty 4 classic Backlot. There are also going to be a handful of new weapons but it is not exactly clear how many are going to be added and what kind they will be. From what we can see in the trailer it looks like the SKS will be making its debut alongside a new handgun.

Lastly, it looks at though you will now be able to customize the paint jobs are the various vehicles that are in the game. Now when you grab the dump truck in Warzone you can run people over style with a fresh a sleek looking paint job.

Call of Duty: Modern Warfare is available for the PC, PS4, and Xbox One.