Randomizer Mode To Be Added To Bloodstained

Set For Whenever Zangetsu Is Released

Bloodstained’s development journey has been a terribly difficult one. Delays, patches, bugs, and more delays have plagued the project more or less since the kickstarter was completed all those years ago. To that end, new features are no longer being held to a calendar-specific schedule. Features such as the newly-announced randomizer mode! 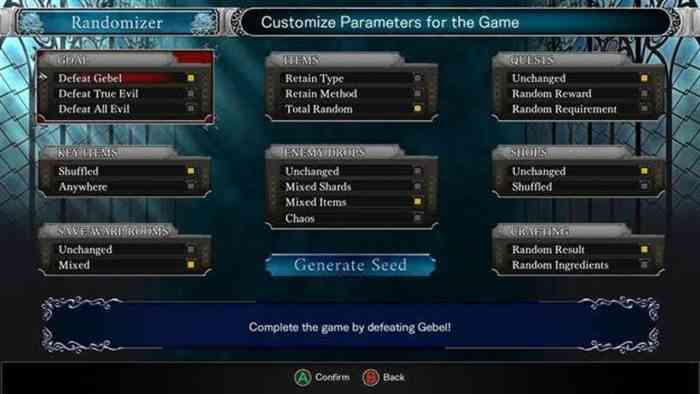 More specifically, this mode is a re-worked version of the roguelite mode that was originally promised during the kickstarter campaign. As that feature is no longer compatible with the current incarnation of the game, Bloodstained is getting a randomizer. This means things like goals, item drops, enemy spawns, and quests will all be shuffled. Players will then be able to share these generated seeds, allowing for customized speedruns and competitive asynchronous play.

Also, it seems like the team is working towards synchronized updates. No longer will Switch owners be waiting weeks or months for something PS4 players got immediately. On the subject of Nintendo Switch players, that version is still not on the same quality level as the other versions of the game. In this way, Bloodstained is something of a Kickstarter cautionary tale. Beware of any developer making massive, multi-platform promises with a small team. You can check out all the update details on the Kickstarter page.