Halo: Combat Evolved is now available on the PC version of the Master Chief Collection. PC users can now enjoy the first-ever Halo game with friends. The version of Halo is going to be the anniversary edition that was released in 2011. This version of the game comes with shiny new graphics. However, there is an interesting feature that allows you to switch between the original and updated aesthetic. This new ability to switch back and forth between the two really gives a new appreciation for how far the Halo franchise has come in terms of visuals. 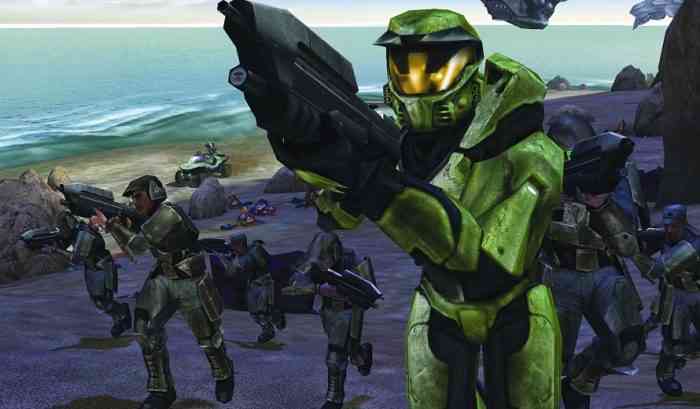 From a gameplay perspective, it is still as good as it was in 2001. For a game that is almost 20 years old, it feels like it came out yesterday. Controls are tight and responsive, and the level design is interesting and compelling. Even if some of the levels in the late game are a bit of a grind, it is still worth the time.

If you have already bought the Halo: Master Chief Collection then you can just open up the game and it will start downloading once you click on Halo: Combat Evolved. But if you did not purchase the bundle deal you can still buy the game separately but at the same retail price of the Master Chief Collection. The bundle deal is clearly the way to go. It will end up saving you hundreds of dollars in the long run.

Halo: Combat Evolved offers a co-op campaign and an enjoyable multiplayer as well. Combat Evolved was not a multiplayer juggernaut the same way Halo 2 was. This is due to the fact that Xbox Live did not exist yet. But it is still as fun as the rest of the games in the franchise.

Fallen Tear: The Ascension is About to Launch a Public Demo
Next
PUBG Map Vikendi Has Been Updated and Will Make Its Return in Near Future
Previous
Mod Brings Baby Yoda to Star Wars Battlefront 2