Most characters in One Piece are strange people, but Bartolomeo the Cannibal is pretty strange even by their standards, and he has been announced to join the ever-expanding roster of One Piece: Pirate Warriors 4. Bartolomeo is notorious in the world of One Piece for being extremely vulgar, in a chaotic-neutral sort of way. He is known for taunting his opponents in a very nonchalant manner and tops the list of “pirates we most wish would disappear”, which is saying something. As strange as he looks and behaves, his fighting abilities make him worth paying attention to. 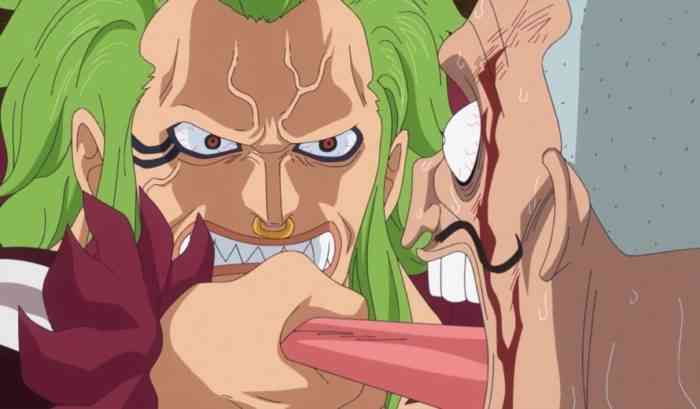 If his green hair and fangs weren’t striking enough for you, his powers involve barriers, as in he can summon force fields of pretty much any shape. Bartolomeo’s barriers are nigh indestructible, so you may think that he has the ultimate defense. However, he also uses his barriers in very creative ways offensively. Given that his barriers can make up any form, he can use them to swat, smash, and crush his enemies. He also makes use of both real and fake bombs. One of his attacks you can see in his character trailer shows him using a fake bomb to scare his enemies away and then forming a barrier around them so they run into it. Classic Bartolomeo.

Like we said, One Piece: Pirate Warriors 4’s roster is quickly growing larger and larger. You can check out the character list on their website and see if your favourite pirate fighter is there yet. One Piece: Pirate Warriors 4 will be out later this month on March 26th in Asia and March 27th in North America. It will be available for PC, Xbox One, PS4, and Nintendo Switch.

Which One Piece character is your favourite? Let us know in the comments below.