Temtem, the Pokemon-like MMO has been a runaway hit, but the dev team isn’t going to just bask in their success. Game developer Crema made a blog post today that lays out what the team is planning in the short-term for the game. 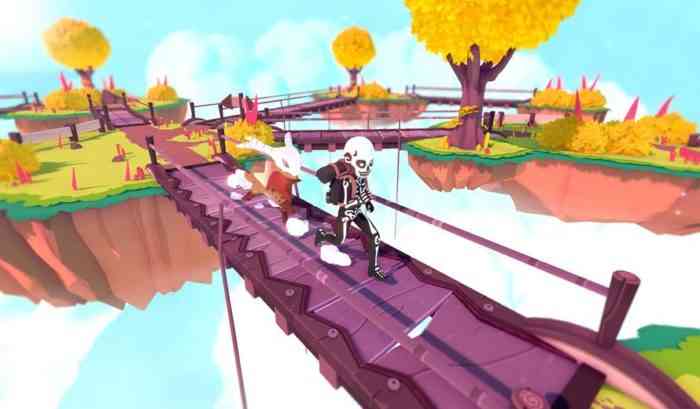 Crema has divided their content map into two portions: short-term and mid-term. The mid-term section will be published tomorrow. The short-term goals are split into Spring, Summer, and Fall of 2020.

Spring 2020 will add ranked matchmaking and a spectator mode, as well as in-game chat and Clubs, the Temtem version of clans. Ranked matchmaking will include an autoscaling feature which will give players fully levelled versions of their Tems. This auto-scaling is meant to allow new players to start playing competitively as soon as possible,. Crema has confirmed that their will be other competitive modes that will not use the auto-scaling feature.

Summer 2020 brings a new island, player housing, climbing gear, and updated emotes to the game. More importantly, 25 new Temtem will be added to the game, with 25 more to be added in Fall 2020.

Along with new creatures, Fall 2020 is set to bring another new island, in-game tournaments, achievements, a quest diary, and the game’s first mythical Tem.

Crema is only giving a general release window for when the new content will drop to avoid disappointment.

“We’re not really big fans of having public dates for everything, they add a lot of unnecessary pressure on the team and they make making changes and swapping features around a very difficult task. We know everyone else likes dates though, so we’ve decided to include open dates for each block of features. Take them with a grain of salt and expect delays and features moved around dates.”

Temtem launched in Early Access on Steam on January 21.