Sonic Build-a-Bear is Now a Thing

The Sonic Build-a-Bear crossover is the latest in bizarre promotional merchandise for the Sonic the Hedgehog movie.The “bear” ranges in price from $29 USD to $46 USD depending on what version you purchase. 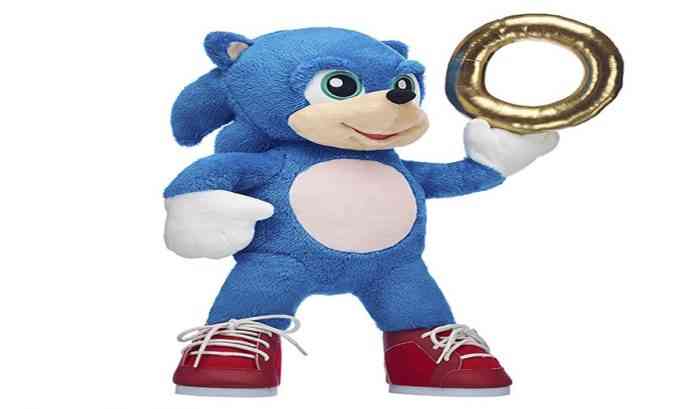 The standard version of the plush is $29 USD. This version is simply Sonic’s regular body minus his signature shoes. He gets to keep his gloves on though. If you want a less naked Sonic, the shoes will run you an additional $9.50 USD. The gold ring “wrist” costs $7.50 USD.

Customization doesn’t end with the physical appearance of the Sonic plush. Fans can add a voice box that contains five different phrases from the movie if they’re willing to shell out $7 USD. So, a full voiced Sonic with gold ring and shoes will cost fans a total of $53 USD, just $14 USD more than the latest Sonic game.

Sega has been making a lot of Sonic news in 2020. The company announced earlier that 2020 will be the year of Sonic. Sonic the Hedgehog 2 was released for Switch in Japan earlier this week and Sonic at the Olympic Games – Tokyo 2020 was just announced for mobile release on May 7.

The Sonic the Hedgehog movie was released on February 14. The movie stars James Marsden, Ben Schwartz, Tika Sumpter, and Jim Carrey. The movie carries a 7/10 rating out IMDb. Rotten Tomatoes scores the film at 64% fresh currently. The movie was directed by Jeff Fowler with a budget of 95 million USD.


Sonic Movie Speeds To $100M Worldwide at the Box Office