Boy Hallucinates Red Wings: Aces of The Sky and World War I Veteran

All in! Games has released a new trailer for their upcoming release Red Wings: Aces of The Sky. The game is set to release later this year for Nintendo Switch, PS4, Xbox One, and PC via Steam. 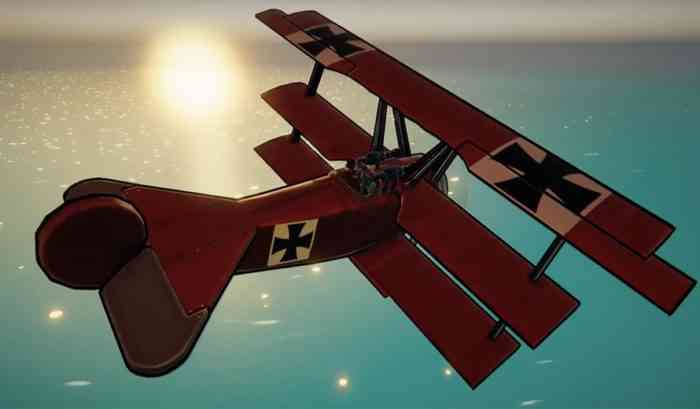 The trailer is a combination of live-action footage and gameplay footage. The live action footage follows a young boy as he visits an aviation museum with his family. He hears the voice of the Red Baron talking about his many aviation experiences accompanied by several cuts to comic book style images of the Baron’s story. The boy meets the Red Baron and they play Red Wings: Aces of the Sky together. Eventually, the boy is found by his mother and the Red Baron disappears along with the game and the Nintendo Switch.

The gameplay footage uses the Switch version of the game. The live action shots show the boy using a single joy-con to control the plane. He seems to rely heavily on motion control to steer the plane as well as to accelerate and slow down.

The game takes place in the era of World War I. Players will engage in dogfights with enemy pilots as they uncover the story of the Red Baron. The gameplay shown in the trailer depicts hectic dogfights, colourful explosions, and unique environment. One of the revealed maps shows a massive tornado on the horizon, which will no doubt affect how players tackle that particular level. Other map hazards include fog,

Gameplay is more than just shooting down enemy pilots. The trailer shows players having to bomb bridges and take down floating targets as well.

Red Wings: Aces of the Sky was originally announced in August 2019. The game does not have an official release date, but is expected to launch this year.