Got It in the Bag

There’s always big hype surrounding PAX East. This year, it is just as much about what isn’t there as what is. We know that Sony backed out over concerns about the Coronavirus, Square Enix will be there, and we will see Baldur’s Gate 3 gameplay. There’s also always some sweet exclusive loot for PAX attendees. Not just the PAX pox, and hopefully not COVID-19 either, but apparently, anyone who plays the Animal Crossing: New Horizons demo will also get an Animal Crossing tote bag. 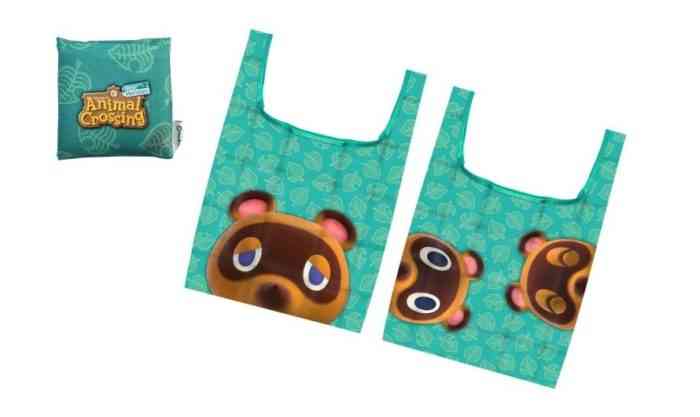 This tote bag supposedly has Tom Nook on it, but we could not find any images of the specific bag. However, there are plenty of images of a Tom Nook tote bag, but no way of knowing which are official or if any of them are the ones being distributed at PAX East. The bag pictured above is a Wal-Mart pre-order exclusive item with Animal Crossing: New Horizon, but again, no way of knowing if this is the one that will be at PAX. It is our best bet considering that it is a direct promotional item for the game. This bag has Tom Nook on one side, and Timmy and Tommy Nook on the other. I’m not racist, but they all look the same to me.

PAX East begins tomorrow, so hopefully we will be seeing pictures of the real bag. It will be running until March 1st, so attendees will have until then to pick one up, as long they don’t run out. Animal Crossing: New Horizons will be out on March 20th, exclusively on the Nintendo Switch.

What kind of Animal Crossing merch would you like to get your hands on? Let us know in the comments below.

Splatoon 3 Multiplayer Review – Back And Better Than Ever
Next
More Call of Duty Leaks – Modern Warfare Warzone Daily Challenges
Previous
Star Wars Jedi: Fallen Order May Have Been Rushed