After suffering a delay in development, we are still eagerly awaiting the release of Marvel’s Avengers. Luckily, Crystal Dynamics has been holding somethings back to string us along with and keep the hype going. Either that or they used this extra time to create new and flashy stuff. Over the past couple of weeks, they have been teasing out pre-order and special edition bonuses that might get fans excited over. This includes a couple of extra Marvel’s Avengers outfits. They are called the Legacy Outfit Pack and the Obsidian Outfit Pack. 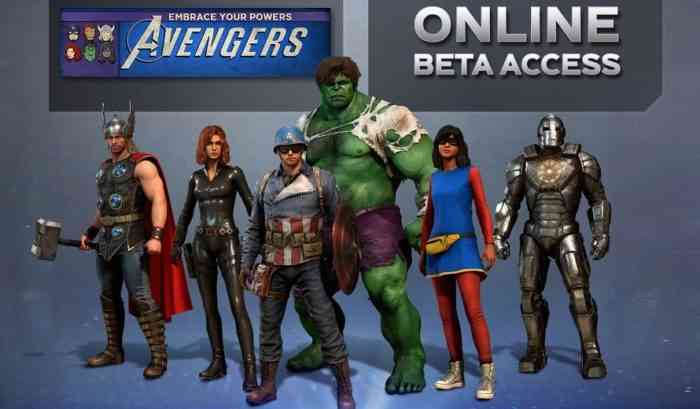 The Legacy Outfit Pack includes the very classic costumes of the Avengers. While Black Widow’s outfit in the game bears a lot of resemblance to her classic outfit, it doesn’t look that different. With Thor, we have a mostly clean shaven God of Thunder, with the winged helmet and red cape. Captain America’s Legacy costume looks like something he would have put together in WWII. Iron Man is wearing his Mark 1 armour, and Hulk is wearing tattered clothing he just Hulked out of. Ms. Marvel’s outfit appears to be something she put together from her own wardrobe. This outfit pack comes with a standard pre-order. 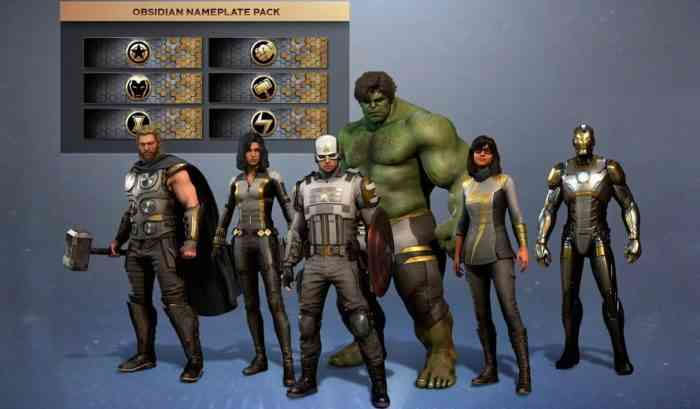 Which outfit pack do you like better? Let us know in the comments below.

Square Enix Discusses the Tifa vs Aerith Debate in FF7R

The Last Final Fantasy VII Remake Trailer Is Dope as Hell
Next
Monster Hunting Game Hunt: Showdown Now 20% Off on Steam
Previous
The Creators of Outer Worlds Are Working on Another Triple-A RPG