Fire Emblem Heroes players have been fuming over Nintendo’s recent announcement of the Feh pass. The pass offers exclusive features and characters to users who pay the monthly subscription fee similar to Mario Kart World Tour. 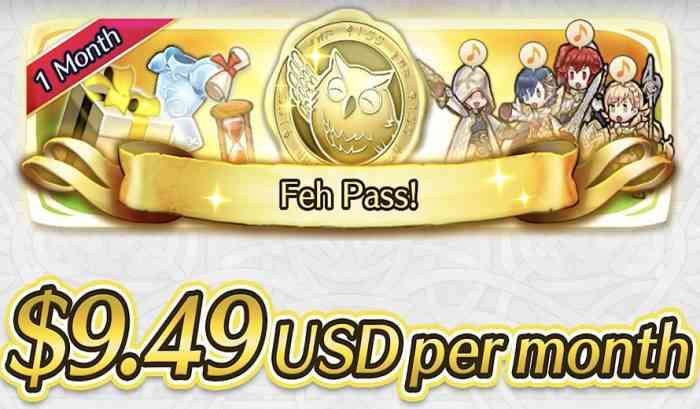 The Feh Pass offers several benefits, the biggest draw being “Resplendent Heroes.” These characters are slightly buffed versions of characters already in the game. The characters are given a stat boost and a new look. The pass also offers exclusive missions and expands the summoner support system to include 3 characters. Another feature of the pass is a rewind system, similar to Fire Emblem Three Houses, that allows players to go back a turn and change their actions.

Players in the Fire Emblem heroes subreddit have been quite vocal about their disappointment with the subscription service announcement. In particular, fans are upset that quality of life updates are being held behind a paywall. The competitive advantage being given to subscribers through boosted stats is another sore point for players.

The Feh Pass is set to become available on February 5 along with the v 4.2 update. The first two Resplendent Heroes to release on the service are Lyn from Fire Emblem 7, and Cordelia from Fire Emblem Awakening.