No Love For St. Vincent Valentine Though

Whether we like to acknowledge it or not, Valentine’s Day is quickly approaching. Even in online games completely detached from the real world, you cannot escape it. The Final Fantasy XIV Valentine’s Day event began extra early this year. On Wednesday, January 29th, Hydaelyn’s brand of commercialized love celebration called Valentione’s Day started. Lisette de Valentione has traveled to this realm to spread the joy of love. FF XIV players must help her choose an Emissary of Love for this year’s festival by voting for their favourite candidate. 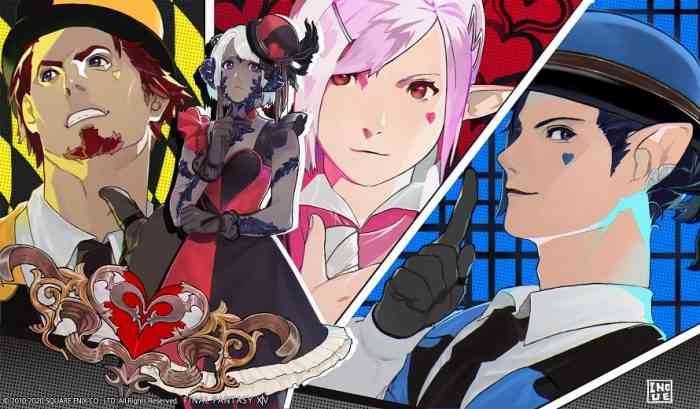 A special quest will allow players to vote for either Astrid, Rodrigault, or Bert. Players can only vote once, and the world in which they vote will count towards that world. A special outfit will be awarded to the player upon completing the quest and will its colours will reflect the vote of the player, but it can be dyed into other colours. The voting period ends on February 9th, but players can still recieve and complete the quest after that time has passed. However, it is assumed that votes will not count after the voting period.

After the voting period comes the results. From February 9th to February 17th, the results will be shown, but it does not appear that any special quests take place during that time. It may only serve as extra time for those who have not completed the quest and earned their rewards during the voting period. Final Fantasy XIV is available on PC, PS4, and Xbox One.

Who do you think you will vote for? Let us know in the comments below.

Final Fantasy 16 Will ‘Not Include Any American Accents’
Next
Cosplayer, Doctor, and Bodybuilder, Yuan Herong Fights the Coronavirus
Previous
These Console Deals Might Just Be Bigger Than the Super Bowl