After a terribly long wait, Castlevania season 3 is almost upon us! Netflix announced on Twitter that the show is coming back this March. We’ll be getting ten whole episodes this time, more than either of the two previous seasons. Scarcely a month until the grumpiest Belmont returns. Spoilers ahead for seasons 1 and 2 of the show! 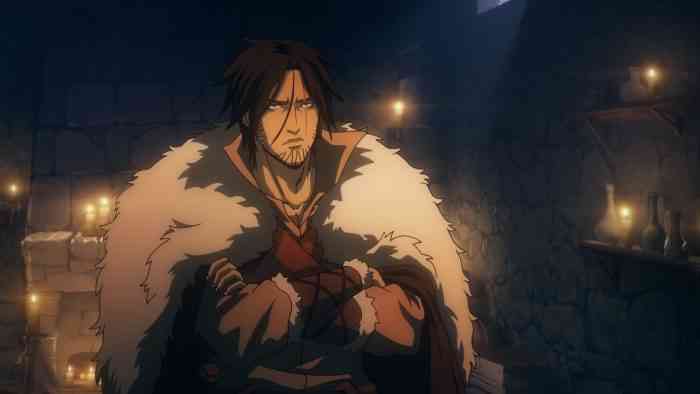 Following the climactic showdown in season two, it looks like we’re catching up with the remaining vampire leaders still walking around un-staked. With Dracula extremely dead, a new power dynamic is born. Which blood-sucking noble will scramble their way to the top? Or will Trevor and pals just stake ’em all?

Adi Shankar, the man behind the Castlevania series, is also developing a Devil May Cry show. Though we’ve heard more or less nothing up to this point, his work on Castlevania is compelling evidence of his adaptation powers. Between these shows and that mysterious Resident Evil project, gamers have a lot of sweet media to soak up in the near future. And if you still haven’t checked out Castlevania by now, whatcha waiting for? The action is slick, the writing is fun, and the gore is proper gore-y. Castlevania season 3 is out on Netflix on March 5th, 2020.