Pleasant Park Could Be Getting Removed From Fortnite

One of Fortnite’s most beloved areas might be getting the axe in the foreseeable future. Pleasant Park has been in Fortnite since its humble beginnings in 2017 and quickly became one of the community’s most cherished places to kick off a round. Since Fortnite Chapter 2 has rolled around a couple of fan favourite areas have been totally removed from the game. Tilted Towers, for instance, was taken out and shot in the back of the head when Fortnite reemerged in late 2019. Pleasant Park could soon follow. 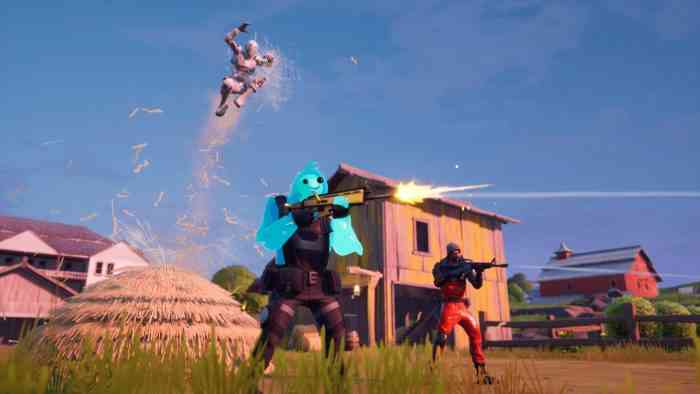 In the most recent winter update, the entire playable world was totally covered in snow. However, when the event ended and the snow “melted” it was noticed by some players that Pleasent Park was covered in dust. This is the only area that players saw this occur. While the dust was only visible to certain players, it does make one think about what Epic Games has in store for the classic landing spot.

Some are convinced this is a sign that Pleasent Park is not long for this world, while others are brushing this off as a technical error or glitch. Seeing the dust was totally random so the evidence is a little inconclusive at the moment. Epic Games have dropped easter eggs or hints about what they plan to do to the map in the past, and those were quite blatant. Epic Games is not exactly known for its subtlety.

If Pleasent Park is taken out of the game, it will most likely be replaced with an area that is very similar to it. Season 2 of Fortnite Chapter 2 is going to kick off in around a month. So if there are any major changes in store than expect to see them in February.

F.I.S.T: Forged In Shadow Torch is Free on the Epic Games Store
Next
Players Are Testing Their Endurance In Nintendo Fitness Game
Previous
Mario and Luigi Trademark Filed By Nintendo, Possible New Game