Bloober Team’s 2017 psychological thriller Observer was highly praised across the board. Those types of games are kind of their thing, and they do them pretty well. Observer ends one of two ways. Without spoiling them too much, it suffices to say that the main character Daniel Lazarski’s fate is pretty bleak at best. So, it seems unusual that Bloober Team’s latest tease might be an Observer sequel, unless of course, the story is continuing with another character. The “Incoming Call” teaser contains a hint that Daniel may not be done for yet. 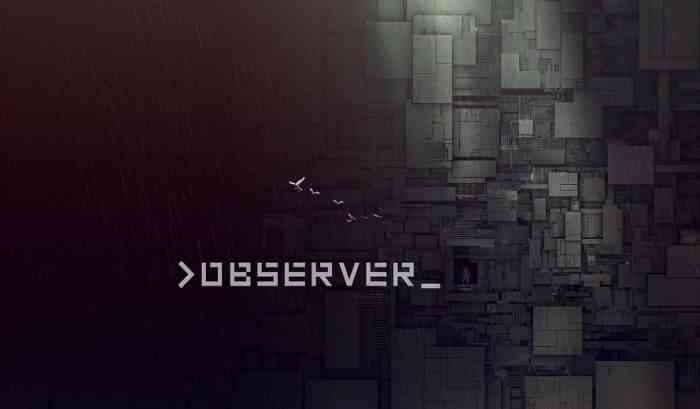 While the teaser does not explicitly say that it is related to Observer, it is. Not only does the whole glitch-y, static-y aesthetic match Observer, but the symbol of the cube with the Cs on it is the logo of Chiron Incorporated, which is a prominent corporation in the Observer universe, the Obersviverse if you will. The detail hinting at Daniel Lazarski’s return is a little more hidden. Toward the top of the video, there is a series of 1s and 0s, which is always a cool detail to say, “Hey, we’re doing computer stuff.” But it is also always a coded message.

The binary code translates to “Daniel, are you there?” No matter what the player chooses in Observer, the ending suggests that Daniel has met his end, but there is a chance that he survives. Now that we have all but confirmed that this is an Observer tease, we just need to wait until a real announcement comes out. Observer is out on PC, Xbox One, PS4, and Nintendo Switch.

When do you think we will get an Observer sequel? Let us know in the comments below.