Maybe Take This Opportunity to Give Them Different Names?

Since Call of Duty: Modern Warfare launched in late October, one of the most popular multiplayer modes has been the fast-paced 2v2 Gunfight game type. It made its debut to the Call of Duty series with this game as well. If anything can be said about the Call of Duty sales strategy is that if you find something the fans like, just give them more of it. That certainly seems to be the strategy with the Modern Warfare Gunfight mode as there are plans to add more variety to it. 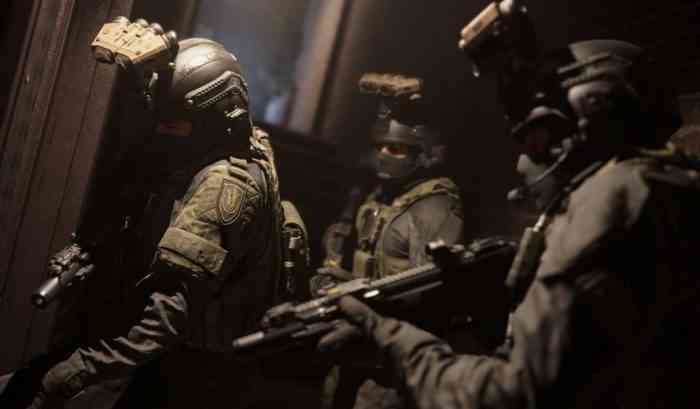 Instead of just having a 2v2 option, Infinity Ward is apparently adding a 3v3 and 1v1 option to Gunfight. This news comes from the Twitter account of Modern Warfare co-design director Joe Cecot. A fan asked if a 3v3 option was being added and he replied that a 1v1 option would also be introduced. With Gunfight being one of the simplest, uninspired names for a game mode, perhaps 3v3 and 1v1 could have their own names? Shoot-Gun? Bullet-Hit?

These new sizes of Gunfight probably won’t be seen until Season 2 of Modern Warfare. Cecot’s reply of “At some point” suggests that it isn’t ready to push out. Also, the roadmap for Season 1 that was released do not mention them, but it does say that Gunfight OSP will be implemented. Gunfight OSP is like a mini-battle royale, as players do not start with weapons, but loot for them instead. Season 1 will begin on December 3rd.

Have you been having fun in Gunfight? Let us know in the comments below.

Amsterdam Hotel Not Happy With Call of Duty: Modern Warfare 2
Next
Fan Beats Halo 3 on Legendary With Guitar Hero Controller
Previous
Tons of New Heroes Could Be Coming to Overwatch 2