Last week there was some kind of funny business going on at Risky Reels, which turned out to be the teaser for an in-game Star Wars event. Just a few short days ago Fortnite players all around the world were treated to an exclusive look at Star Wars: The Rise of Skywalker and it seems that’s not all Epic Games and Disney have planned for us. 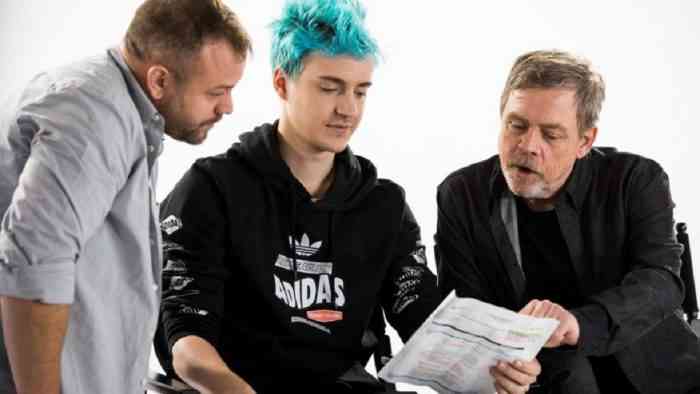 As it turns out the two companies have at least one more trick up their sleeve to get everyone as hyped about the upcoming Star Wars movie as humanly possible. It’s not more Star Wars related content like character skins, however it is a partnership between a rather unlikely duo: Mark Hamill and Tyler “Ninja” Blevins. That’s right, Luke Skywalker himself will be playing Fortnite with the YouTube sensation Ninja.

According to Mark Hamill’s official Twitter page the two are going to be available to watch as part of Microsoft’s Xbox Sessions videos. If you’re not quite sure about what these are, they’re a series of videos that feature streamers, athletes, actors and more teaming up to showcase a bunch of games available on the Xbox. While this is completely unrelated from any Star Wars and Fortnite promotion, the timing does seem more than a little deliberate. It’s all set to go down on Thursday, December 19th. No time was given however, so you’ll just have to keep an eye out in the coming days for another hint. You can check out the tweet below.

Christmas wish in 3, 2, 1… Wait until you see what @Ninja and I have planned with @FortniteGame and @Xbox on Thursday. It’s going to be….Amazing! (and I’ll try not to make a fool of myself) #XboxPartner pic.twitter.com/A9SddlqV4S

Star Wars: The Rise of Skywalker is going to be released in theaters everywhere in just a few days, on Friday December 20th. Are you excited about this unusual partnership between Ninja and Mark Hamill?

Forza Horizon 5 Is Officially Revealed at E3 and It Looks Better Than Ever
Next
According to the Creative Director of Dying Light 2 Gamers Need More Immersive Maps, Not Larger Ones
Previous
Actually It’s Just Xbox Now, You Guys