Time to Chern Some Zombies

Even though Left 4 Dead 2 is over ten years old, and Left 4 Dead 3 is never years old, L4D2 is still extremely popular. Not only that, but evidently, fans are still making content for the game. Left 4 Dead 2 Chernobyl is a fan-made custom campaign nine years in the making. Earlier this month, a release trailer was posted, and then the 5-map campaign. It is called Chernoyl: Chapter 1, suggesting that there may be a continuation to this add-on, but if Chapter 1 took nine years to make, will there really be a second part? 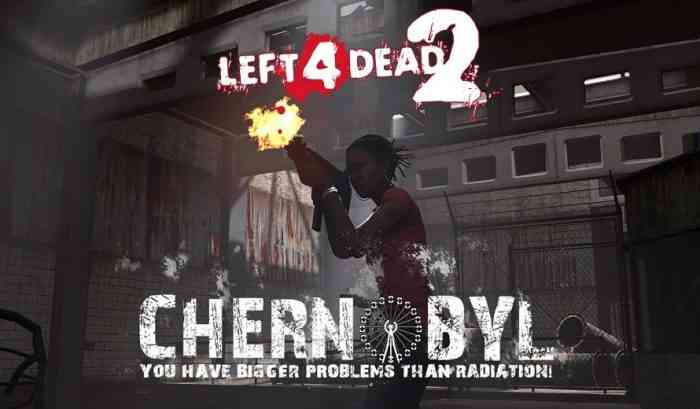 The campaign boasts “5 new maps in Co-op (Versus included in the next update), close representation of the actual Jupiter Factory/Pripyat, over 400 new models and 500 new textures, new “rescue vehicle”, [and] custom panic events”. This campaign also has its own soundtrack composed especially for it. Games can be played now on several different servers across the world, courtesy of the creators, or you can host it on your own server. As the creators mentioned, Versus mode is not yet available for this campaign, but will likely be added in the next update.

Left 4 Dead 2 Chernobyl can be found on the Steam Workshop, as well as all the details and information you will need to play it. Left 4 Dead 2 is available on PC and Xbox 360, but Xbox 360 players will not be able to experience Chernobyl.

Will you be playing the Chernobyl campaign? Let us know in the comments below.