Kingdom Hearts 3 answered our longtime wishes early in 2019. Since then, there have been no major updates or reasons for fans who beat the game to come back to it. Fortunately, the ReMind DLC is on its way. There will even be a new trailer coming this month, but we may have to wait a little while for that. We now also have news that the camera on the Gummi Phone will be expanded in a full blown Kingdom Hearts 3 photo mode. It won’t be just standard pictures and selfies anymore. 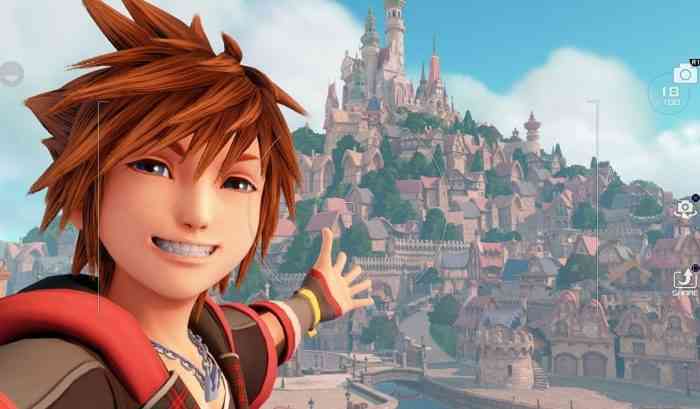 While taking selfies with Donald, Goofy, and other companions were definitely a fun little feature, Square Enix has more plans for picture perfect moments in Kingdom Hearts. During the Kingdom Hearts Orchestra: World of Tres concert in Osaka on November 30th, some details of the photo mode were announced. It will allow you to freely position the characters and objects you want in the photo. There will also be a slideshow option that you can apply music and frames to. It is unclear as to what extend you can position the characters and which characters they mean. Can you just manipulate Sora and his companions? Or can you get other characters like Elsa, Rapunzel, or Phil in there too?

There will also be an option to manipulate the game difficulty further. The Premium Menu has an option to make enemies weaker or to disable healing items and Cure spells. These updates are likely to launch alongside the ReMind DLC, but there is currently no release date for it. Kingdom Hearts is out on Xbox One and PS4.

Do you see yourself using the photo mode? Let us know in the comments below.


Vampire Survivors DLC Coming Next Week and It’s… NOT FREE?!