There’s a Final Fantasy Brave Exvius Musical Because Why Not?

Final Fantasy Brave Exvius is a free-to-play mobile game. It has turn-based combat, RPG progression, airships; everything you have come to expect from a Final Fantasy game. It may not be one of the flagship titles in the series like VII, VIII, or X, but guess what! It’s doing something that none of the other games have done. Instead of being limited to the screen, it is hitting the live stage with a Final Fantasy Brave Exvius musical! The magic of song and theater will collide with the magic of healing and destruction. 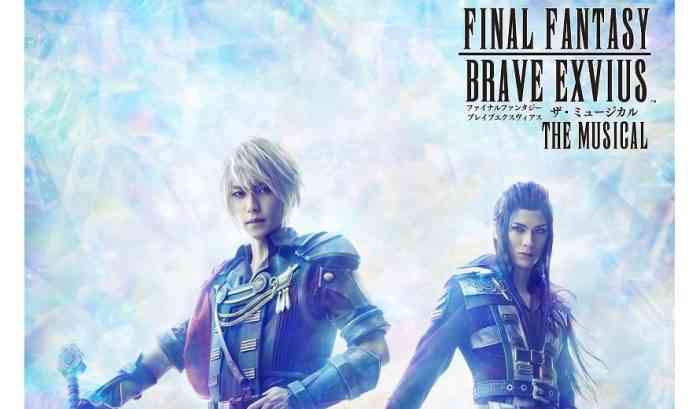 The poster features two of the main characters; Rain (left) and Lasswell (right). While you may not be too familiar with these characters, Brave Exvius brings a ton of character from the other Final Fantasy titles and Square Enix games into the gameplay as Friend Summons. There have even been events where real life celebrities have been added to the game like Ariana Grande and Katy Perry. Unfortunately, the Friend Summons like Terra, Cloud, Squall, Tidus, Lara Croft, and Rico Rodriguez likely will not have any major presence in the live performances. Cameos would be cool though.

The musical is set to open in March with dates in Tokyo and Kobe, so do not expect it to make it over to the West. If that were to happen, it would need to be an overwhelming success in Japan first. Then if Western audiences demanded it enough, maybe they would take about translating it to English and casting it with English speaking actors. So basically, it’s a really long shot.

Would you be interesting in seeing a Final Fantasy musical? Let us know in the comments below.

The Turing Test Coming to Nintendo Switch
Next
Check Out the New Season 1 Trailer For Call of Duty: Modern Warfare
Previous
Star Citizen Has Passed a New Crowd Funding Milestone