Cyberpunk 2077 Will Have a “Much Grander” Story Than The Witcher

Cyberpunk 2077 was named the most wanted game at the Golden Joystick Awards and as each day passes it seems we’re getting more and more information about the game. Of course, it doesn’t appear to do anything but put a little gasoline on the anticipation fire. CD Projekt RED recently discussed just how big the story for the upcoming game is set to be. 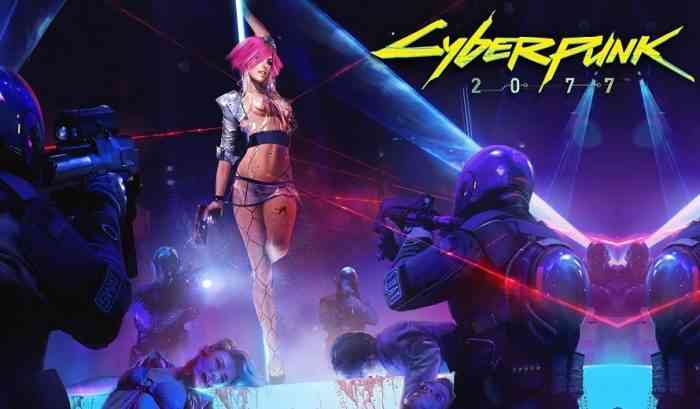 If you’re looking for a hint, it’s set to be a whole heck of a lot bigger than The Witcher. CDPR spoke to Inn:Poland (translated by VGC) about Cyberpunk 2077’s story. Here’s what story director Marcin Blacha had to say about it. “From a creator’s perspective, Cyberpunk 2077 is a story about heroes in opposition to the world, and that world itself is one of the heroes as well. For me everything is on a much grander scale than the stories of small human dramas presented in The Witcher.”

So how much bigger are we talking exactly? Well according to Blacha, the studio has written two thick book volumes worth of dialogue alone! He said, “How much text was created in total? I haven’t done a detailed summary yet, I was just trying to figure out what order of magnitude I am dealing with when all the words written by the scriptwriter team are summed together.” Blacha continued, “It turned out that we wrote two thick book volumes of dialogue, and another whole two volumes of directorial comments to go alongside them. The texts that will not be recorded will be the same, and the words in the documentation for the game cannot be counted, but there were plenty of them too.”

Cyberpunk 2077 is set to be released on April 16, 2020 for the PS4, Xbox One, PC, and Google Stadia. Are you excited to see just how much large the upcoming game is going to be? Let us know your thoughts in the comments below and don’t forget to keep it locked for updates!