A recent Reddit post suggests that Xbox is beta testing a ‘random game’ feature on its dashboard. Hit the button, and a prompt appears, suggesting something from your library for you to pick up and play. It’s a curious concept for battling your backlog indecision woes that’s presently being tested in the preview program. 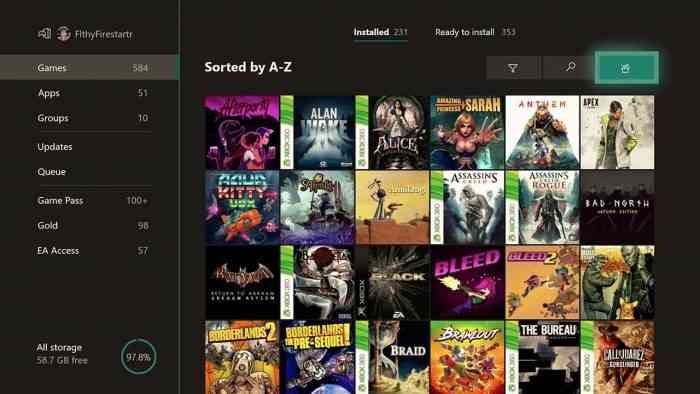 According to the Reddit user that reported on the feature, the random game button doesn’t actually launch the game on question. It merely gives you a suggestion, something you can ignore or act on at your leisure. If you’re not happy with the random selection, you can just hit the button again. Presumably, players will make a choice at some point, as opposed to smashing the button repeatedly until the sun burns out.

Since the feature is part of the preview program, there’s a chance this one won’t make it out of the beta phase. But for now, those of us paralyzed by indecision can now let the winds of chance blow the perfect game our way. Or you’ll just cycle through your whole library twice, finally settling on Destiny 2 yet again. Either way, it’s a super convenient feature to mess around with.