World of Warcraft Will Add Ethnicity Rather Than Just Race 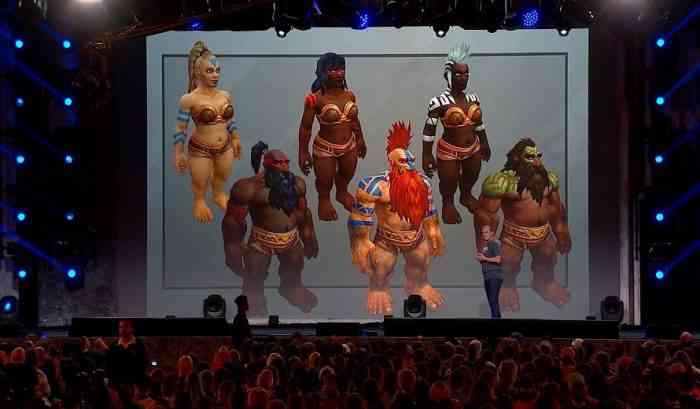 Though Azeroth may not have a South-Asian or African region, that won’t stop a player from being able to make a South-Asian or African character. Geographically, in World of Warcraft, it may not make much sense, but diverse ethnic backgrounds are becoming more and more common, and desired. It’s about time, too. But to make the looks of different ethnicities accurate, it takes more than just adding a colour slider to character customization. This was a subject of discussion at BlizzCon 2019 and Eurogamer got some details as to why it has taken so long to get this done.

Apparently, it all came down to resources. For a while, a huge amount of time and energy went into improving resolution of all the player models. Senior producer Michael Bybee explained, “What’s happened over the years is: we did HD resolution updates to all of the player models a few expansions ago, made them higher resolution, and that was a tremendous amount of resources, and we thought it made absolute sense. What we really didn’t want to do is just slap a new skin colour on there and say: ‘Yep, done, we’ve got diversity.'” While it may sound like a borderline-excuse, to their credit, there is a lot of concept art and work that backs up his statement. Hopefully, these features will be introduced in Shadowlands or sooner.

Do you accept Blizzard’s explanation regarding the absence of diversity in WoW? Let us know in the comments below.