Prepare Yourself for the Borderlands with the PDP Maliwan Pistol

Pre-launch, Borderlands 3 boasted something like over a billion guns. I’ve been playing for a while and I haven’t seen quite that many, but I’ll forgive that. What is exciting today is being able to hold one of those guns in your hands. It may not fire actual lasers, explode when thrown, launch hamburgers, or verbally abuse you, but it’s still cool. The PDP Maliwan pistol is a pretty sweet 1:1 replica. Maliwan guns looks like they’re made of plastic, so they are pretty perfect for toy designers and collectible makers like PDP. 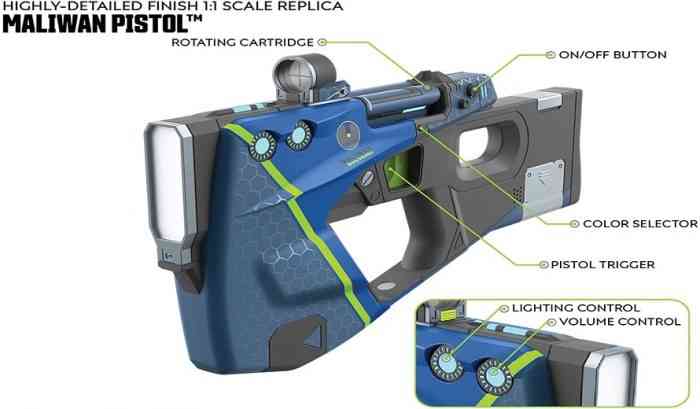 It comes in a black box with official Borderlands 3 art. Inside the box is a foam insert for the pistol and has a leaflet with profiles of the pistol from every side and labels for all buttons, dials, and parts. The leaflet also has artwork of Moxxi and Claptrap, the two ends of the lovable spectrum. The pistol itself looks really cool. It isn’t just a toy of “generic laser-gun”, it is actually designed after an in-game gun. There are details that hardcore fans will really appreciate such as the rotating barrel above the trigger and the hexagonal design on the dark-blue parts. 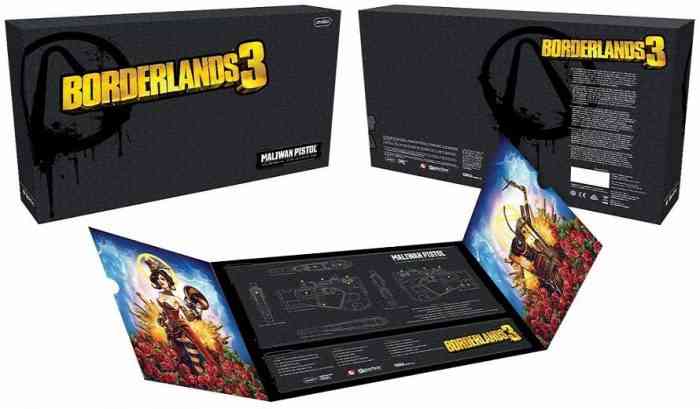 There are several dials that control the power (on/off), light, colour, and volume, because it is a noisemaker. The stock, which is normally reserve for rifles, is where the batteries are stored and where the speaker for the sound effects are. Maliwan pistols are often borderline sub-machine guns anyway. PDP’s Maliwan pistol replica is priced at $150 USD and can be pre-ordered at PDP’s webiste, Amazon, or GameStop and ships in December.

Would you want this item? Let us know in the comments below.


The Borderlands Movie Adaptation Has Found Its Tiny Tina