Mahomes Goes Down – The Madden Curse is Back

Earlier this year Electronic Arts announced Kansas City Chiefs quarterback, 2018 NFL MVP and Offensive Player of the Year Patrick Mahomes, as the official Madden 20 cover athlete on Xbox One, PlayStation 4, Origin for PC and Madden NFL Mobile. At the time, we questioned whether the Madden curse would strike again. Well, it did, as Mahomes went down with a serious injury in the Chiefs Broncos game on Thursday night. 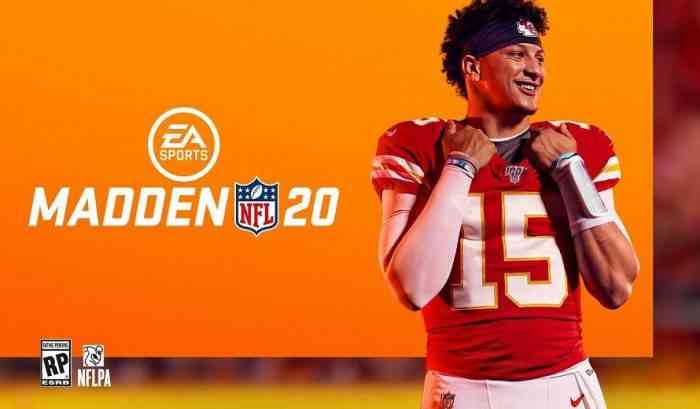 Seen struggling to straighten his right knee, Mahomes tossed his helmet to the side and covered his face with both hands. The Kansas City quarterback was hurt on a sneak play Thursday night against Denver. The extent of the injury remains unknown; however, in the replay you can see medical staff popping his knee back in place. Ouch!

This begs the question, is the Madden curse real?

It sounds absolutely ridiculous, doesn’t it? A Madden curse? Really!?!? How could ending up on the cover of an NFL video game have anything to do with having a poor season or suffering from a crippling season-ending injury? Football is a brutal sport and many, if not all, NFL athletes at some time or another in their careers go down with an injury. Likewise, players naturally have bad years. It’s all part of the game, part of their journey in the NFL. Yet there are some inescapable facts that are difficult to avoid. The reality is many who have graced the cover of EA Sports beloved NFL game have fallen to either season-ending injuries or significant injuries sidelining the player for several weeks.

It all seems comical and the Madden curse started as a joke way back when players started appearing on the cover. Running back Garrison Hearst landed on the cover back in 1999 and shortly after he broke his ankle. He remained sidelined for two seasons. Michael Vick was Madden’s 2004 cover athlete and he ended up breaking his leg in the preseason right after the game was released. The following year, 2005 cover athlete Ray Lewis for the Baltimore Ravens had his season cut short when he went down with a wrist injury a few weeks before the playoffs started. The fun didn’t stop there. In 2006, Eagles quarterback Donovan McNabb tore his ACL the same year he landed on the cover. Let’s fast forward to 2012 when Peyton Hillis landed on the cover. That year he went down with an injury and has never been the same player since. And of course, two years ago Gronk went down. Last year, Brady wasn’t impacted at all but now the curse seems back; alive and well.

But hopefully, Mahomes isn’t out of action long as the NFL doesn’t need another star player going down with a long term injury.

What do you think? Is there something to this silly curse? Or is this just plain bad luck and coincidence? Tell us in the comments below.