Call of Juarez: Gunslinger Rated for Nintendo Switch by ESRB

Call of Juarez: Gunslinger Might Be Getting a Switch Port

Call of Juarez: Gunslinger was recently rated for the Nintendo Switch by the ESRB. The port hasn’t been officially announced but this rating indicates that an official announcement may be coming soon.

The game originally launched on PC, PS3, and Xbox 360. 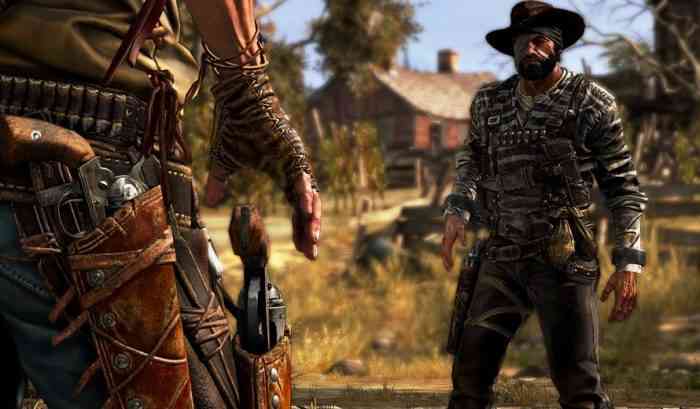 This 2013 FPS was the fourth entry in the Call of Juarez series and, unlike the previous games, this game had a more comedic, light-hearted tone. As an old bounty hunter named Silas Greaves, players will regal saloon patrons with Silas’ stories about hunting down notorious Wild West outlaws such as Billy the Kid and Jesse James. However, Silas has a habit of…exaggerating what actually happened during his adventures so one shouldn’t expect a historically accurate Wild West game.

While its tone is certainly different from previous Call of Juarez games, the gameplay appears to feature somewhat similar gunplay but more arcadey with a focus on getting high scores by killing enemies quickly and skillfully.

What do you think of this news? Planning on picking up this Nintendo Switch port if it gets announced? Go ahead and speak your mind in the comments section below the article.

Another F-Zero Game Is Possible, Says Ex Nintendo of America Boss
Next
Hearthstone Pro Banned from Grandmasters Event After Calling for Hong Kong’s Liberation
Previous
The PS5 Is Officially Launching in Holiday 2020