If you have been farming loot non-stop for Bloody Harvest since its release, you may already have all the rewards. If you do have them all, first of all, you’re a liar, and secondly, there are more cosmetic items for you on the way. Some leaked images have surfaced of some Borderlands 3 skins and heads for upcoming content. Each Vault Hunter has their own new head and they all share a skin under the name “Like, Follow, and Obey”. These cosmetic items are supposedly tied to the upcoming Takedown at Maliwan’s Blacksite, which was first teased at PAX West. 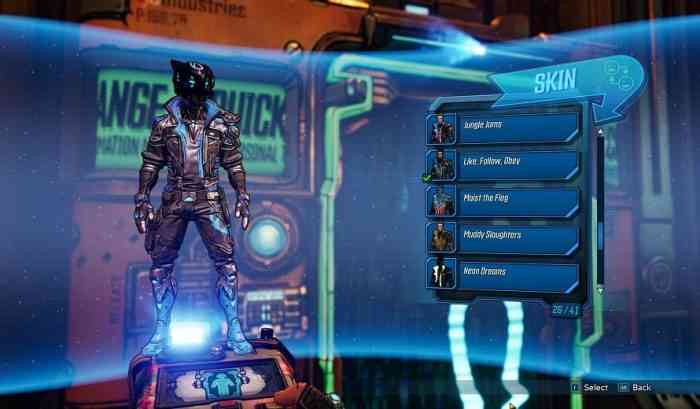 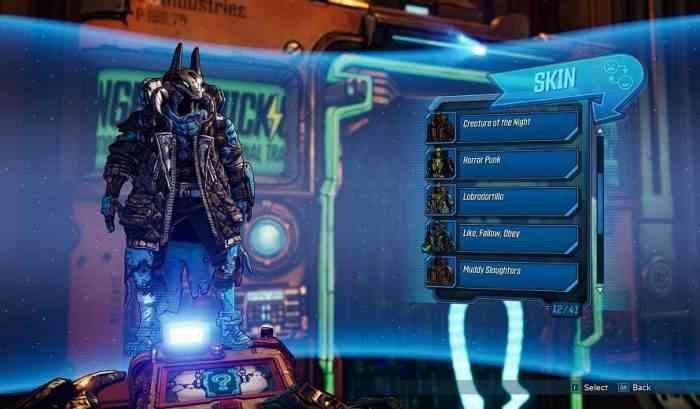 The Like, Follow, and Obey skins are apparently blue and black, but can be changed for other colours. It is odd since that phrase is a Calypso Twins tagline, but blue and black aren’t necessarily COV colours. The heads are a little more interesting. Each head is different for each Vault Hunter; FL4K’s head looks like Anubis, Amara’s looks like a gladiator’s helmet, Zane looks like an alien Black Panther, and Moze looks like Genji with a thermos on each side of her head. I say that these are tied to Takedown at Maliwan’s Blacksite for a couple of reasons. 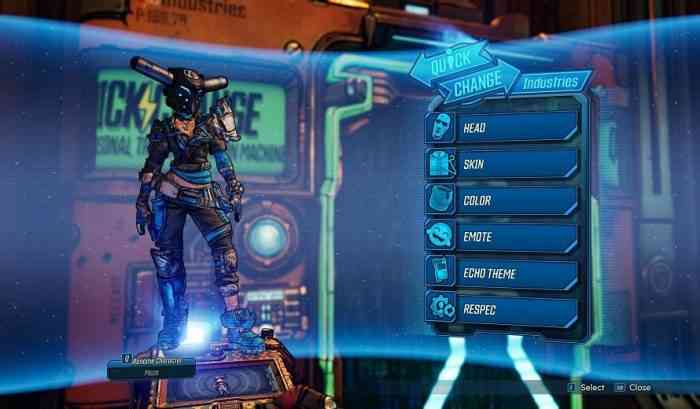 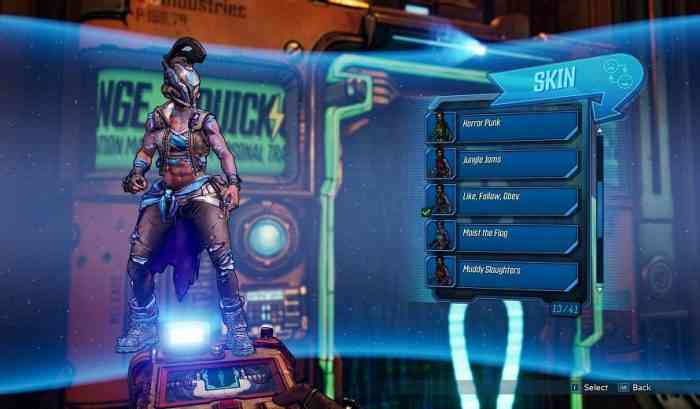 The first is that it is the next event following Bloody Harvest, and the second is that the helmets look like they are Maliwan-made. Those Mailwan bastards may be evil, but you got to admit that they have style. The above images were posted by Twitter user @CharOnTwitch. We do not have a release date for the next DLC, but you can bet we will let you know as soon as we know.

Which head is your favourite? Let us know in the comments below.