No Trick, All Treat

The first big content update for Borderlands 3 is at our doorstep. We’ve known about Bloody Harvest for a while now, but until recently, we did not know when it was coming. Earlier today, developer Gearbox released a trailer for it. I thought it would last for a couple of weeks, three at the most, but the Borderlands 3 Bloody Harvest event will apparently last for more than a month! That’s plenty of time to get all your scares and all your loot! I just hope there’s a pumpkin spice pistol or something. 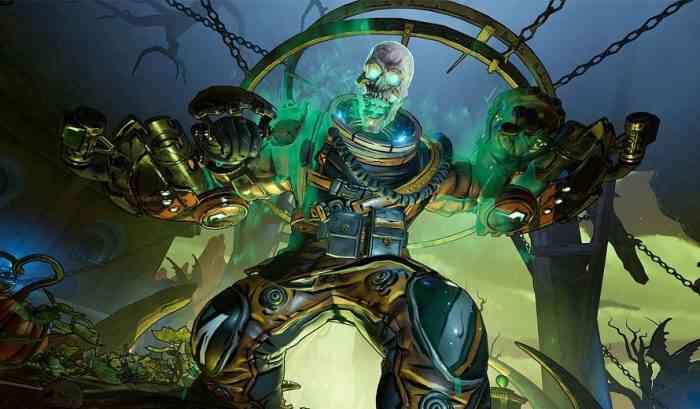 The trailer for Bloody Harvest is short and sweet. It shows off all the basic things players will likely get from playing through it. You got a new boss, new guns, new skins, new weapon skins, and new trinkets, all Halloween themed. Most of the enemies in the trailer appear to be zombified versions of Maliwan enemies such as Assault Troops and Heavies, which are some of the main enemies found in the main game. The best part of all this is that Bloody Harvest is a free content update!

At the end of the trailer, we see that Bloody Harvest will run from October 24th through to December 5th. So, if you need to beat the game, finish off some side quests, or even if you still need to start playing, you have time. Meanwhile, the Borderlands Anniversary Celebration is still going on. Tomorrow is the last day of “Show Me the Eridium!” week and will be followed by “Mayhem on Twitch!” After that will be a “Spooky Surprise!” which was widely thought to be Bloody Harvest, but now we’re back to not knowing. Guess that’s why they’re calling it a surprise.

Will you be shoot or looting during this event? Let us know in the comments below.