What a Year for Superhero Video Games

Between news of Marvel’s Avengers and Iron Man VR, plus all the other games out there, you might overlook other big name games making their announcements. Here’s another superhero game for you to keep track of. Yesterday, Marvel Studios and ILMxLAB released a new Avengers: Damage Control trailer. Using the Avengers theme song from the MCU and the actors behind the mask, this is the first big-time MCU tie-in game we have. Yes, there were games for a lot of the Phase 1 movies, but those were kind of (makes shakey motion with hands). 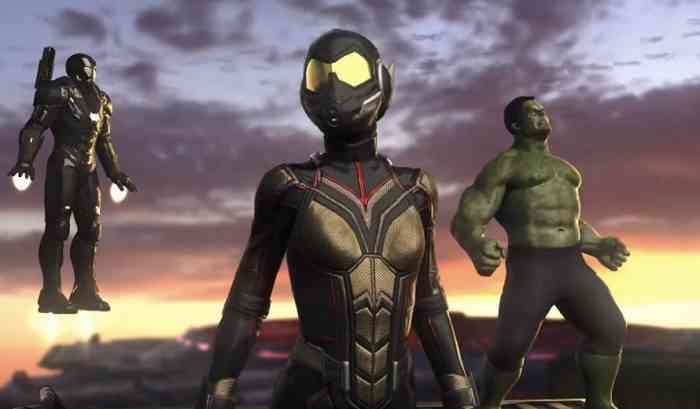 The most exciting aspect of this game so far is how closely it is linked to the MCU. In the announcement trailer released last week, Letita Wright appears as Shuri, the younger sister of T’Challa and Wakandan Princess. It reveals that the players will don Iron Man suits that are results of Stark and Wakanda tech. In this trailer released yesterday, we are joined by half a dozen more returning MCU actors reprising their roles. We have James Spader as Ultron (who appears to be the main antagonist), Benedict Cumberbatch as Doctor Strange, Tom Holland as Spider-Man, Evangeline Lily as Wasp, and Paul Rudd as Ant-Man.

We also see Hulk, Black Panther, Falcon, and War Machine, but they do not have any speaking lines in the trailer, so we do not know if their MCU actors will be providing their voice. We can be optimistic that they do, considering who has already been confirmed to be in the game. This game appears to be more like a touring arcade, however. Instead of a release date or platform details, tickets are being sold to experience it in a number of locations across a number of dates. If this is something you are interested in, you can book tickets here.

Will you suit up to fight alongside the Avengers? Let us know in the comments below.