One of the many things streamed by Square Enix this year at TGS 2019 was a brand new Trials of Mana boss fight. Easy to miss amid the feverish FF7 Remake hype, this new version of Seiken Densetsu 3 is starting to look pretty cool! The footage we’ve seen so far is leaps ahead of the first Secret of Mana remake, at least. 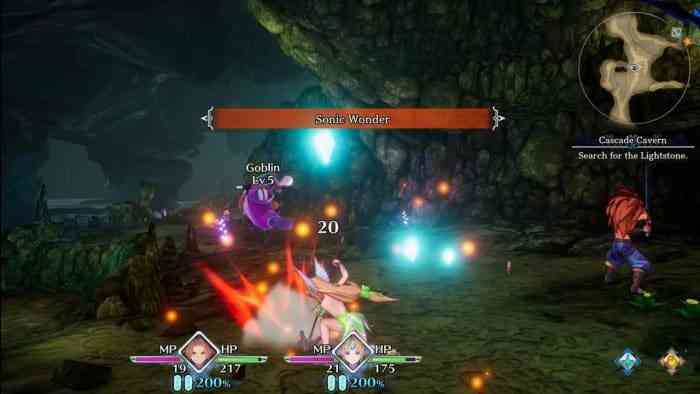 The footage they’ve published looks promising, especially in terms of combat speed. Adapting a slightly janky SNES battle system to a fully 3D space is apparently quite an ordeal, based on the results in the previous game. Trials looks like a marked improvement. There’s nothing more than a ‘battle start’ popup, and you’re immediately in the mix.

If you’re feeling impatient, the boss fight in question starts at the 8:40 mark in the video below. Combat looks a lot more fluid, though there’s still no dodging to speak of. The Trials of Mana remake is coming to PC, Switch and PS4 on April 20th, 2020. If you’re looking for that Mana fix a little sooner, the Mana Collection is available right now on the Nintendo Switch. It even has the original version of this game, in all it’s slightly busted glory!