They say that parents can tell what their baby wants or needs by the way that they cry. They also say that gamers can tell what their BB says by the way their controller reacts. And by “they” I mean Hideo Kojima. We’re about 5 or so weeks out from the release of Death Stranding and a few days ago, Hideo Kojima tweeted out an announcement that the Death Stranding BB will communicate with the player through the PS4 controller. This does not help us make anymore sense about the game, but it is pretty cool. 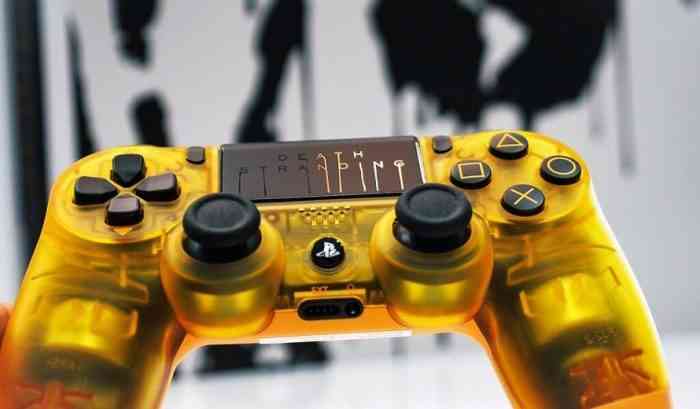 Because the baby AKA BB will be attached to Norman Reedus for pretty much the whole game, it will be very close. It appears that this new information gives us a hint about one of the game mechanics. The PS4 controller’s design allows for it to interact will the player and expand the range of control beyond just buttons using things like the built in lights and speakers. It seems that Death Stranding is taking advantage of these technical opportunities with this mechanic.

In the tweet, Hideo Kojima added some images of the Limited Edition Death Stranding PS4 bundle. It includes a special console and a “BBish controller”. It is designed to resemble Norman Reedus’s artificial womb. It may be a coincidence, those images and the information, but perhaps only the Limited Edition controller uses above function. It would be unlikely and kind of mean for customers of the standard edition, but it exclusivity may be alluring to those willing to spend a little extra money. Death Stranding will be released exclusively on PS4 on November 8th.

Do you like the idea of this function? Let us know in the comments below.


Death Stranding is Free on PC, Today-Only on the Epic Games Store