Most of the looks we have had at Bloober Team’s upcoming Blair Witch game has featured or focused on the protagonist in some way. The game is just over two weeks away and yesterday the developers released a video showing us not what we can do or what we will face, but where the game will take us. Bloober Team is calling the new Blair Witch trailer “A 4K Tour Through the Woods”. Before now, we have only really seen the forest through the eyes of Ellis the protagonist. 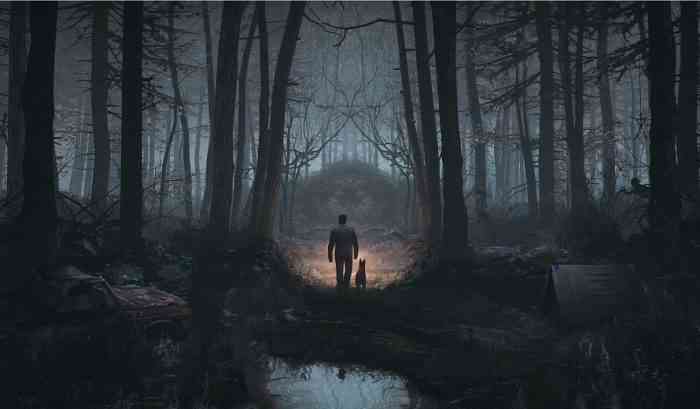 Half of the shots in the trailer look like scenes from a nature documentary, the other half look like ones from a crime show. You see things that make you say, “This might be really nice if it wasn’t dark and those totems weren’t hanging from the trees.” The trailer also reveals that while the game takes place in the woods, there are indoor areas. There appear to be cabins or houses in the forest. They have standard rooms, you know, the chairs-hanging-from-the-ceiling room and creepy Polaroids room.

Earlier today, Bloober Team also released an Inside Xbox teaser for Blair Witch. It throws back to the Blair Witch Project’s found footage concept that plays a camcorder with a date written on the wall of a house. On August 19th, something will be revealed in next week’s Inside Xbox. The end card of both videos above reveal that pre-ordering Blair Witch on Steam will give you a digital soundtrack and art book of the game. Blair Witch comes out on August 31st on PC and Xbox One.

What do you think we will see from Inside Xbox? Let us know in the comments below.