Developer WayForward, famous for the Shantae series, is coming out with River City Girls in less than a month. River City Girls is a sidescroller beat ’em up that swaps the gender roles of the 1989 River City Ransom. The basic premise of both games are the same: protagonists’ romantic partners are kidnapped, protagonists beat people up and save them. In the last week, WayForward has released videos introducing us to Kyoko and Misako in the River City Girls Character Spotlight. Each of the girls have their own video. 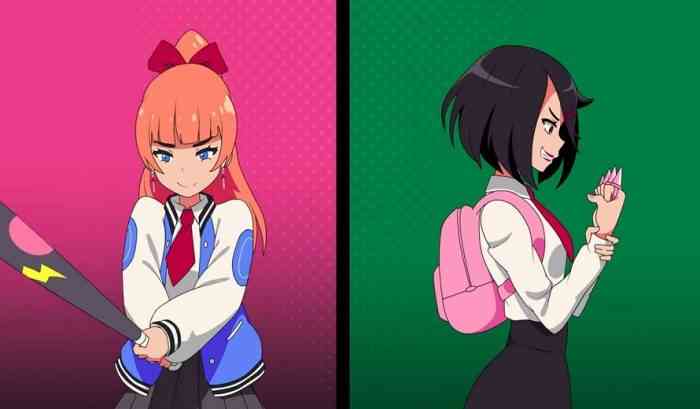 The first one spotlights Misako. She and Kyoko are both schoolgirls rescuing their boyfriends, but Misako seems much more focused on the how rather than the who, which kind of contrasts Kyoko. Her dialogue is often driven by her will to do as much damage as possible to anyone who gets in her way. Kyoko, on the other hand, seems completely obsessed with her boyfriend Riki. While she has the same capacity for brutality as Misako, Kyoko is much sweeter and focused on Riki’s well being.

The videos are only about a minute long and have only a few lines of dialogue, but they players a sense of who these girls are. We also get a bit of gameplay. Judging by instances in both spotlights, there is an upgrade system where players can buy additional moves for their characters. River City Girls will be out on PC, Xbox One, PS4, and Nintendo Switch on September 5th, just in time for school! Don’t get into any strange vans, kids! Even if your girlfriends kick ass!

Which River City Girl will you play as? Let us know in the comments below.