Take a Stroll Through the Grazna Raid

Call of Duty: Modern Warfare comes out in just over a couple of months. The single player campaign has caught a lot of attention for its approach to interaction with the player. In the past, many hardcore CoD players would elect to skip the campaign and head straight for the multiplayer. Surely, that will still be the case this time around. Luckily, one of the designers working on Call of Duty is showing off some Modern Warfare Maps. This video comes courtesy of Game Informer and Geoffrey Smith from Infinity Ward. 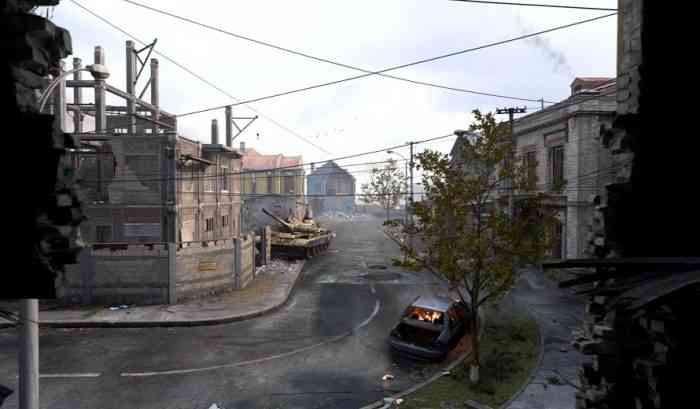 The map explored in this video is called Grazna Raid. It is located somewhere in Russia. In the video, Smith talks about how the map is laid out. While many multiplayer maps are symmetrical for the purposes of a balanced match, the maps in Modern Warfare tend to be asymmetrical to real city streets and real locations. They will still have conventional properties like a “3 lane” layout, but surrounding buildings will have different floorplans and accessible points.

While flying through the map, showing off different paths, Smith calls different points “hero buildings.” If you do not know this term, you are probably still familiar with the concept. Hero buildings are hotspots or points that help a team control the match. There might be a few hero buildings in any given map where a sniper could take up position or a couple of people could defend a certain point. They may also be areas where objectives are placed. Call of Duty: Modern Warfare will be out on October 25th on PC, PS4, and Xbox One.

What is your favourite multiplayer map and why? Let us know in the comments below.