Set for release on August 29th on Steam, Ashes of Oahu is an action game that features the familiar Hawaiian landscape with the islands traditions being emphasized throughout the game. Developers at Wyrmbyte previously released Nightmarchers and they have a beta available for Ashes of Oahu to fix bugs and other issues gamers might come across. The beta for Ashes of Oahu is available to anyone who pre-orders the game, which will also give them early access to the Hawaiian open world. 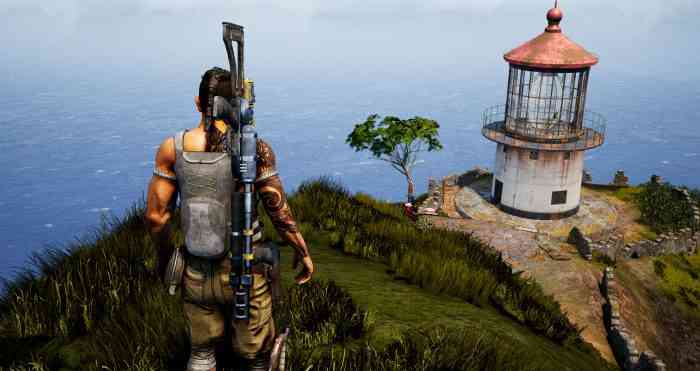 Ashes of Oahu takes Hawaiian lore, traditions, beliefs, etc. and adds a spin on them in this open world, story driven third-person-shooter. Gamers will have to battle with or against four factions struggling to survive in a post apocalyptic Hawaii. Ghosts, Gods and raiders of indigenous Hawaiian lore make an appearance and the protagonist is able to shape shift into a bird, lizard, shark and other animals familiar to the region. This open world claims 25 square kilometers of Hawaii to explore where your decisions determine the outcome of the game. We aren’t familiar with Nightmarchers but we’ll be keeping an eye on Ashes of Oahu when it releases on Steam, August 29th.

The weapons in Ashes of Oahu can be imbued with magical capabilities through the Magical Weapon Mod system and the main character shapeshifting in various forms are only a few examples of the over fifty skills and abilities featured in the game. This game features RPG-like crafting systems and progression systems but the action is mostly third-person-shooting. The five person team at Wyrmbyte were able to record over 75,000 lines of dialogue featuring over 100 endings in an effort to create a rich narrative to compliment the Hawaiian native ancestry.

Will you be checking out Ashes of Oahu? Were you a fan of Nightmarchers? Let us know in the comments below!

Mount and Blade: Warband Remains Popular In Anticipation For Bannerlord Sequel
Next
Call of Duty Will Remain an Annual Release According to Activision
Previous
Cadence of Hyrule Officially Has a Demo on The eShop